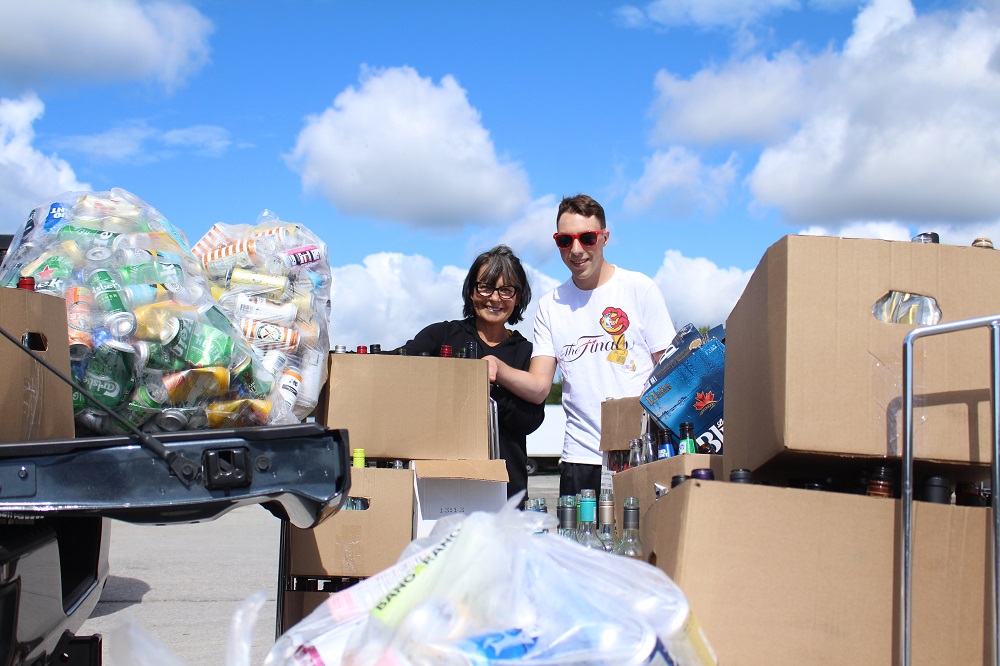 ole Dobson and his mother Carolyn might have been the Beer Store’s most regular customers this summer, but they weren’t shopping for drinks.

The teen has spent the summer collecting more than 10,000 cans and 3,500 bottles from Koshlong Lake cottages, donating all $1,650 in proceeds to the Haliburton 4C’s food bank.

“It’s important to give back to the community,” said Carolyn, whose family lives in Stouffville. “The community is there for us, provides a wonderful environment to come enjoy with our family and friends and especially in COVID when people have lost jobs.”

Carolyn said she encouraged Cole to take up the project as a way to interact with the community and practice social skills. The teen is part of the ABLE Network, a program that helps people with intellectual disabilities develop job skills in placements and around their communities. Cole had been working at a bottle shop in his hometown, Carolyn said, prompting them to pick up a similar project at their summer community.

Cole said helping people is very important to him, and the project meant a lot of hard work. He and Carolyn spent about four or five hours a week collecting the empties from five drop-off bins around Koshlong Lake.

“And they have been full, very, very full!” said Carolyn, mentioning how the cottagers on the lake were supportive of the project.

The Koshlong Lake Association said in an email that “all those that participated on Koshlong are all very proud of what Cole and Carolyn Dobson have achieved and happy to have helped the Haliburton community.”

Judy MacDuff, of the Haliburton 4Cs food bank, said she was surprised when Carolyn and Cole approached her about the summer long bottle drive.

MacDuff said the donation will fund the program’s food boxes for an entire month.

“That’s what keeps us going,” she said.

Carolyn said she wanted to thank the staff of the Beer Store in Haliburton, who she said were accommodating of her and Cole’s large weekly returns.

Scott: PCs to ‘get it done’ for Highlands