Home Sports ‘It’s all about people’ for Lenny Salvatori 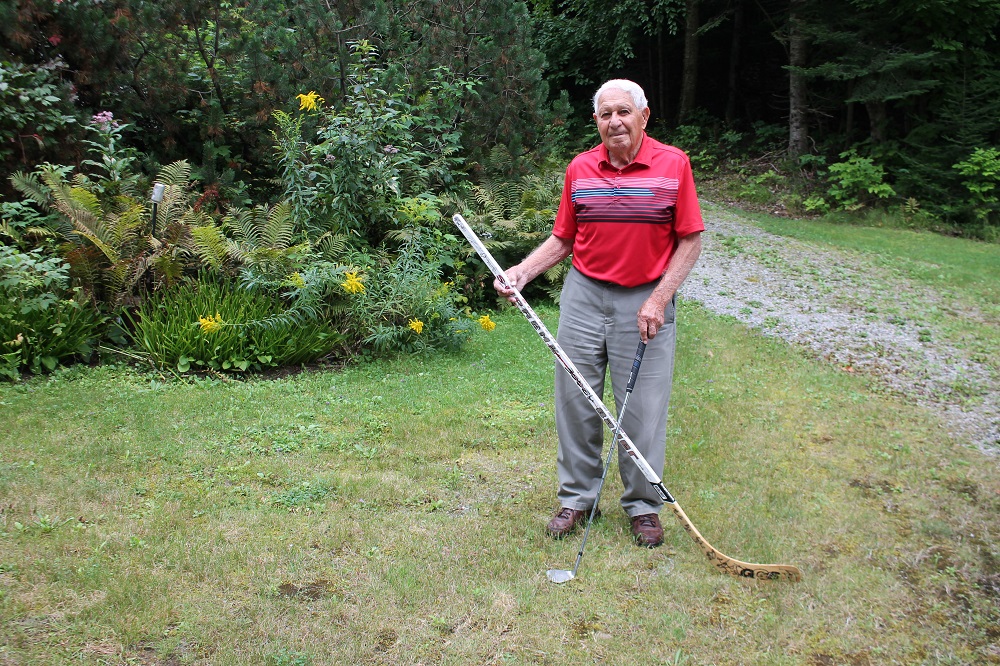 Lenny Salvatori’s man cave is a visual history of what the 91-year-old Haliburtonian has achieved in sports, youth mentorship and public service over the years.

Someone made him a wooden framed cabinet with the names of many of the Scouts he mentored over 30 years written in calligraphy.

There are mementos from nearly 35 years as a school board trustee.

For all of this, and more, Salvatori has been named to the Haliburton Highlands Sports Hall of Fame in the builder category.

The Hall committee says, “Lenny Salvatori invested a lifetime of involvement into the sports culture of Haliburton County. From his early days as an athlete in the 1930s and 40s to his legendary success as a 90-year-old golfer, Lenny has been a player, an organizer, a promoter and a fan of local sports.”

In the downstairs room of his house just west of Haliburton, Salvatori recalled driving a 48-passenger school bus down Kennisis Lake Road for the LaRue family when he was just 17 years old and still attending high school. It was during the Second World War and they were short of men to drive.

His first foray into organized sport was at the age of 14 or so when he played softball for an Eagle Lake team. He caught and later pitched.

“I was always into sports,” he said. Although he could not play organized hockey because the family lived too far away from the Haliburton arena, he was heavily involved in management, coaching and on minor hockey executives in his adult life.

He managed the high school hockey team. After graduating, he ran the arena for a year, recalling having to hand scrape the ice. He was also somewhat of a counsellor as parents would come to him with their problems.

Going on to join Curry Motors, which he eventually co-owned, he continued to work with youth. He was a founding member and long-time organizer of the Glen Dart Hockey Tournament.

The Hall said he became known for his skills at resolving disputes and challenges among the teams.

His Scouting career spanned more than three decades as did his trusteeship.

“I was always around kids.”

He began golfing with former HHSS principal Bud Thayer when he was still in school and has played right up until this summer. He had a hole-in-one on the third hole of the Pinestone in 2006.

He said his love of the game stems from “the friendship of people you go with and the competition.”

Asked about being inducted into the Hall, Salvatori humbly said, “I have mixed emotions about that. There are a lot of good people that did a lot of work in minor hockey and never got any recognition. I think everybody should be recognized for what contribution they made. It’s unfair guys like me get recognition when guys I worked with didn’t get anything.”

At the end of the day, said Salvatori, two phrases come to mind. “It’s all about people” and “No person is bigger than the game.”