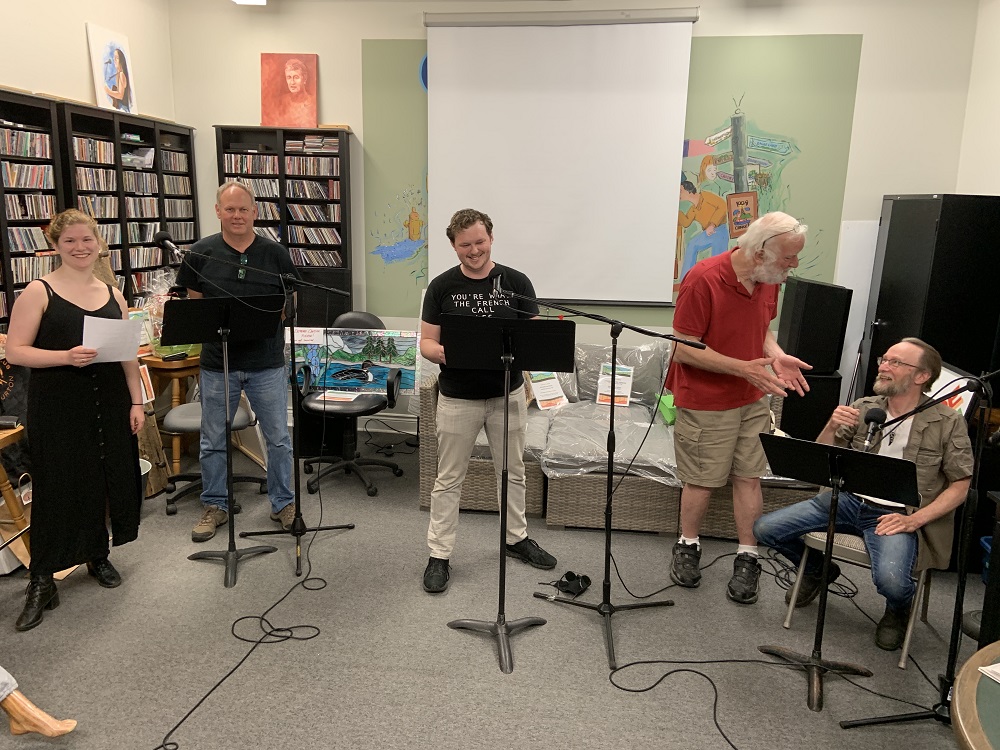 The Highlands Summer Festival took to the airwaves for its 2021 theatre season.

The not-for-profit theatre company presented act one of Ed’s Garage on July 7, broadcast across the Highlands on Cane FM. Act two of the play will be broadcast Aug. 4.

According to the festival’s artistic producer, presenting the play on the radio is more than a great way to adhere to COVID-19 protocols; it’s a nod to radio’s rich history.

“It is a throwback thing,” Scot Denton told The Highlander.

“For decades the radio was where the family gathered. You wouldn’t miss a broadcast of something that you were used to listening to,” he said.

Denton said Ed’s Garage was a perfect fit for the troupe, and for radio. Written by Dan Needles, the play is all about Ed, a small-town mechanic who often meddles in the lives of those around him, doling out wisdom and advice along the way.

“I wanted something that would be fun, would be light for people,” Denton said.

Jack Brezina hosted the performers at Canoe FM’s studio as the intrigue and small-town drama was brought to life.

Denton said it’s been a difficult season for the group – 2020 was postponed and COVID-19 restrictions meant running in-person shows this year was impossible.

He said that performing and producing on stage is an invaluable part of their lives.

“It’s the way we express ourselves,” Denton said. “We miss the team work, we miss the patrons.”

The first act of the play is available now at canoefm.com. To register for a free ticket for the second act, visit highlandssummerfestival.on.ca

Opera in the living room