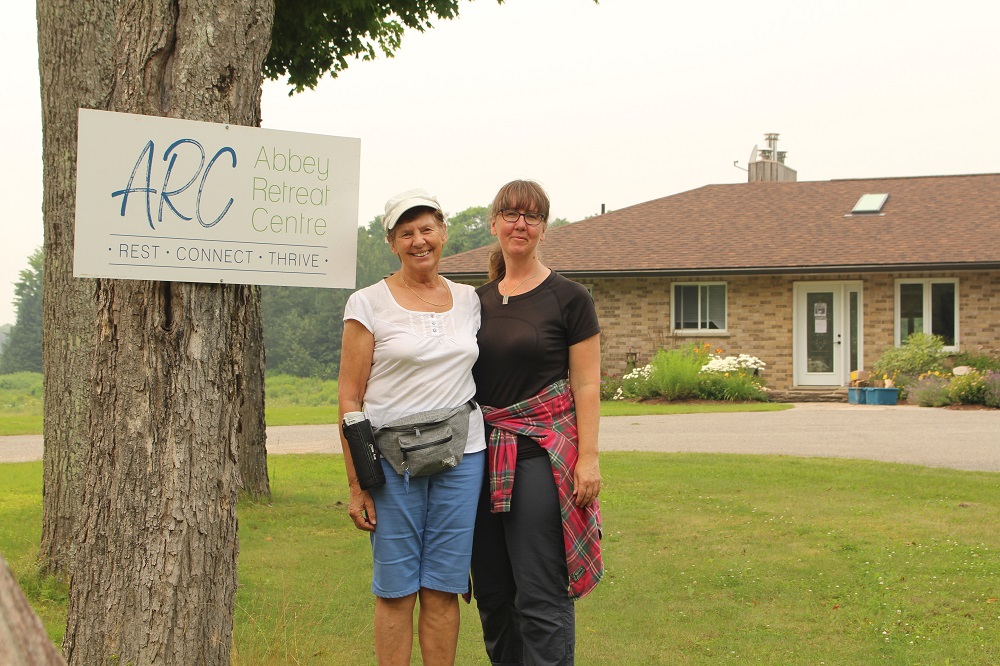 After Norma Stannard was diagnosed with cancer, she was invited to the Abbey Retreat Centre (ARC) in 2018 for a weekend of guided workshops and conversations.

For Stannard, it was a chance to “be open” about cancer.

“It was people who had some idea of what I was going through,” she said.

Nestled near a pond and rustling trees at Abbey Gardens, the centre runs free retreats for those living with cancer and the people who support them.

This year, funds raised through the annual Haliburton Highlands Challenge will help ARC get back to in-person programs in the fall, as well as continuing to hone their virtual retreats.

“It’s the backbone, truthfully. The fundraising is the biggest portion of our budget,” said executive director Barb Smith-Morrison.

Until Aug, 31 people can run, bike or do any activity to solicit community pledges. Last year, the event raised $70,000.

That had a huge impact on ARC’s operations: “it’s what allowed us last year to shift everything to online,” Smith-Morrison said.

“All these things in part were to help ease the isolation too,” Smith-Morrison said. “Participants are still willing to go deep.”

Going “deep” is what in-person retreats are all about too; helping people process the complicated emotions that accompany a cancer diagnosis and navigating their new realities.

ARC hopes to run two in-person retreats this fall, and a minimum of six in 2022.

Either online or in-person, ARC’s focus is evidence-based practices that promote healing and communication.

“It’s more of the spirit, it’s more of the physical support. It’s not ‘these are the drugs you have to take’,” said Thea Patterson, a member of ARC’s board.

Patterson, whose partner lives with cancer, mentioned how important it can be for the “support people” to feel heard: ARC has sessions for them too.

“The journey of living with someone who has cancer is up and down constantly,” Patterson said. “They have outbreaks and crises and you are on high alert, you lose weight and you lose sleep.”

Smith-Morrison said she is sometimes asked if it’s hard working with people who are “at their worst.”

For Stannard, and many others who’ve attended retreats, ARC’s model of support feels different than the hospitals where they might receive treatment.

“The thing about ARC is that you can tell that the people care. That’s huge,” Stannard said.

Greg Roe and friend, Bob Stiles, put their canoe into the water July 24 for the first leg of their plan to paddle the five lake chain that includes Head, Grass, Soyers, Kash and Canning. Greg said their team is called StRoe Coureurs des Lacs.

“We are fundraising to support the Abbey Retreat Centre for people dealing with cancer,” he said.

To take part in the Highland Challenge or to donate, visit abbeyretreatcentre.ca