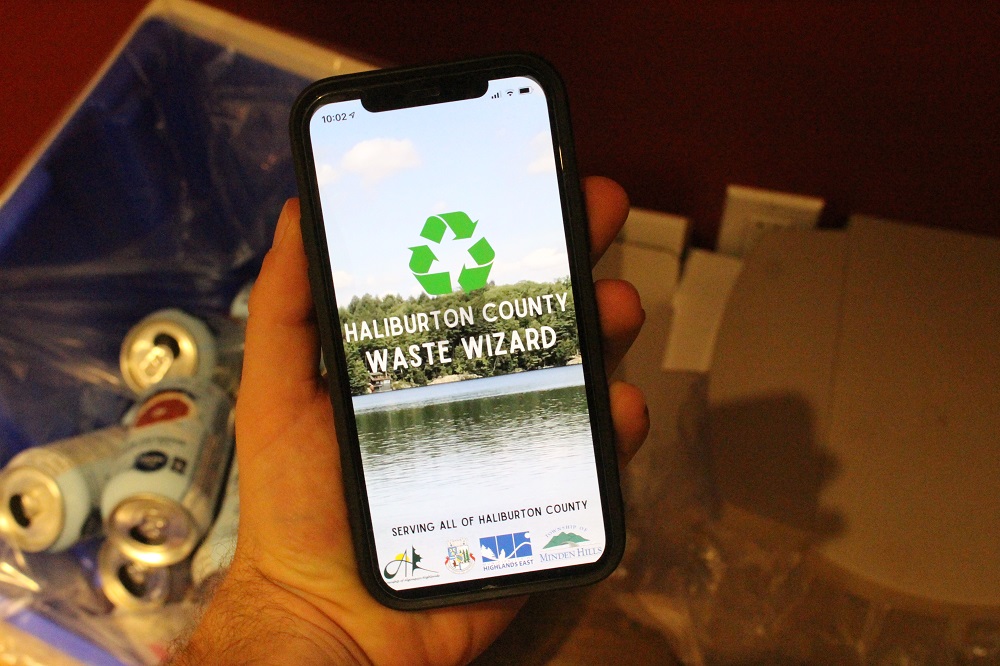 The Haliburton County Waste Wizard is available in all four municipalities on iOS and Android devices, as well as web browsers.

After selecting a municipality, users can search the app’s database of common household waste items to find out what goes where.

According to Melissa Murray, environmental coordinator for Algonquin Highlands and project lead, the app could play a key part in the fight to effectively manage garbage and recycling.

“It’s another important tool in our toolbox – we’re trying to bring together as many resources that we can,” Murray said.

While the app’s main function is garbage sorting, users can also find landfill hours and be alerted to household hazardous waste days, landfill closures and more.

The app was developed by Recollect, a company that specializes in customized recycling and waste management tools.

Murray said that while Recollect produced the nuts and bolts of the app, several municipal staff were involved in the project.

“Collaborating on anything is always a big task so it’s great to see a collaborative project like this come together,” she said.

Murray and environmental workers across Haliburton County can also track the common items people search for, as well as receive feedback from users through the app.

“We want to hear from people – what’s working and what’s not working for them as well,” she said.

The free app is available on the Apple App Store for iPhones and iPads, and the Google Play Store for Android devices. You can also access the service online through municipal websites.