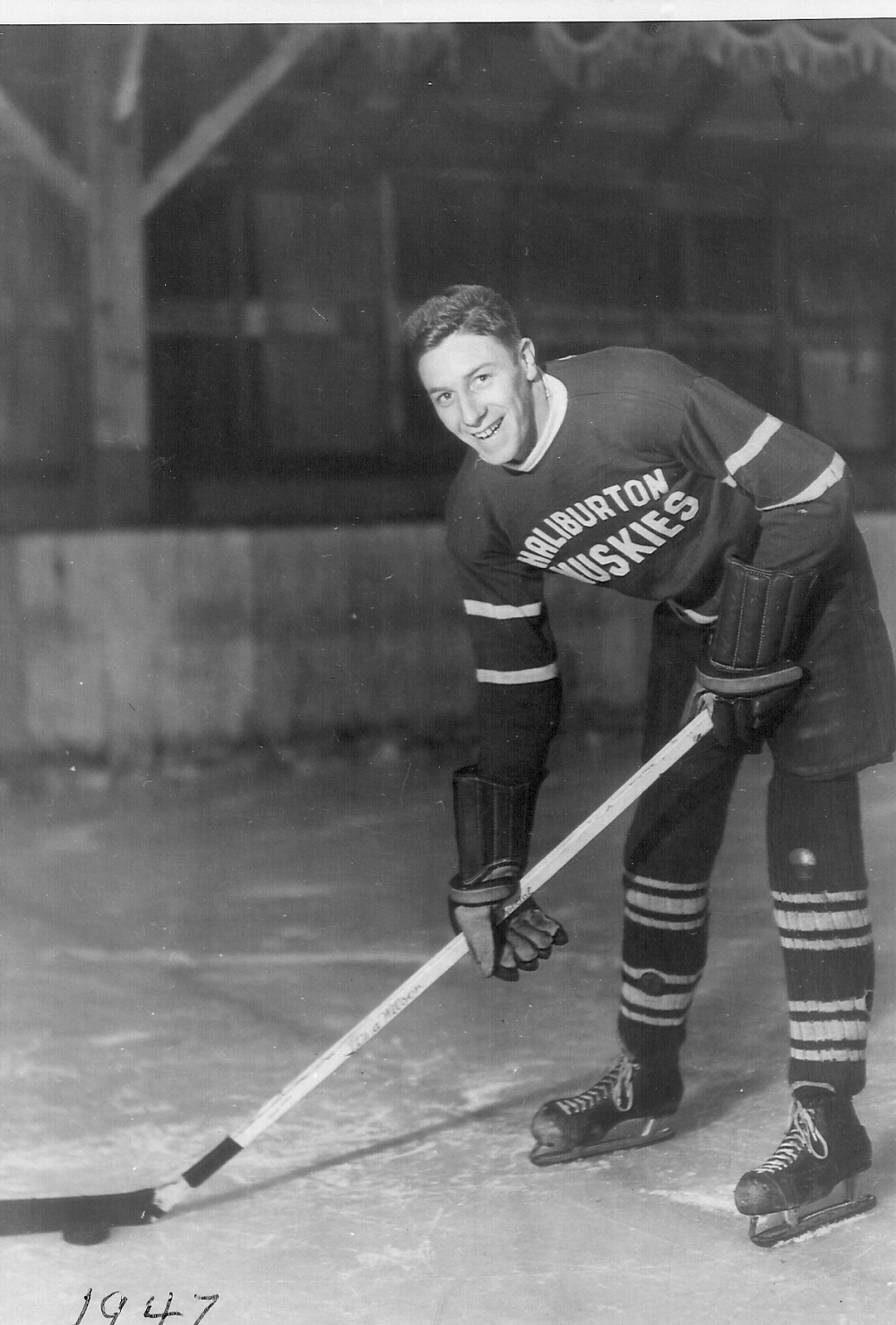 Jean said her late husband, who passed away in 2011, “loved their friendship and he loved teasing them a little bit at the garage. He enjoyed the community and he took part in much of it, in sports, and at the fire hall for years and the fellowship there.”

Iles was chosen by the committee for more than six decades of active involvement in sports in Haliburton County.

At just 15, he was the youngest player on the Senior Huskies, but dominated play. At 17, he earned legendary status during the final game of the 1945 Porter Cup.

According to the committee, “in front of the largest crowd to ever watch a hockey game in Haliburton County, Joe broke a 6-6 tie, scoring the winning overtime goal with a dazzling end-to-end rush. The resounding cheers of the crowd echo through time and remind us why the arena was central to Haliburton’s culture in that golden era.”

Another highlight of his hockey career was the chance to play at Maple Leaf Gardens as a member of the 1947 OHA Junior All-Star team.

Iles was also a top flight baseball player, a local golf champion and a celebrated skip at the Haliburton Curling Club. In 1961, he skipped his team to victory, winning both the Carling and Gilliam trophies.

The hall said Iles’ athletic career taught him courage, teamwork, and tenacity, characteristics he used to serve his community. His lifetime accomplishments were recognized when he was presented with the 125th anniversary Medal of the Confederation of Canada.

Jean said Iles might have been a little surprised by his induction but would be “very, very thrilled and honoured to be included.”

She said she thinks he was driven by his love of friendship, camaraderie and community.

“He was active in Rotary, which was certainly a community committee. He coached hockey for years and years. At the garage he ran, he loved when customers came in. He had a secret stash of candy when they came in with young children. He loved the little ones.”