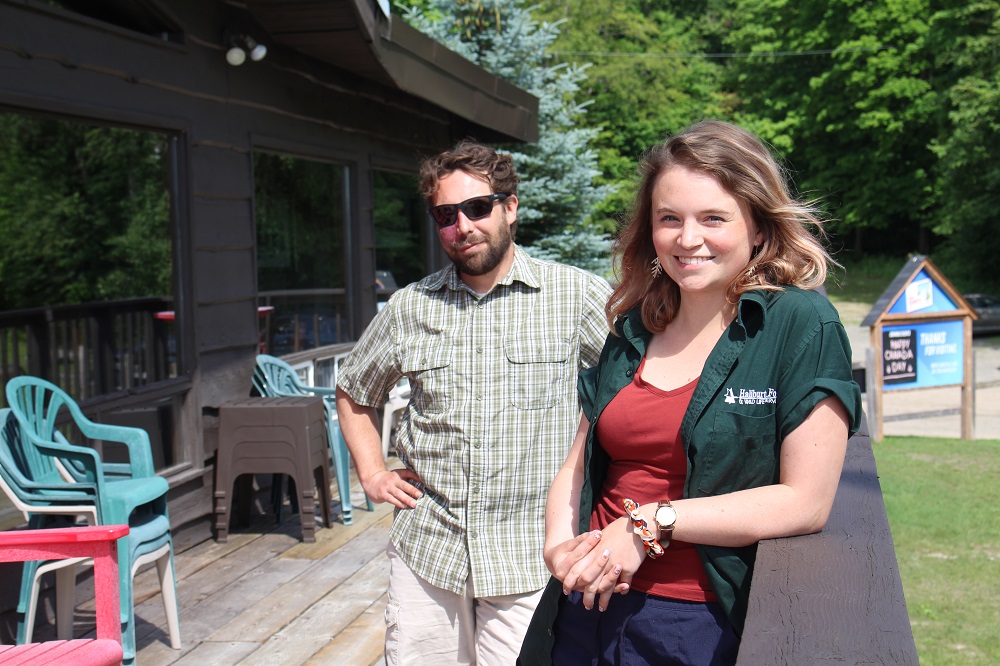 The Haliburton Tourism Stakeholders Group is evolving, with a new name, mandate and leadership.

Emily Stonehouse and Randy Pielsticker are the new co-chairs of the Haliburton Tourism Action Committee (HaliTAC).

According to Stonehouse, HaliTAC will continue the work of the Tourism Stakeholders Group with a focus on providing insight and direction to County council and the County’s tourism department.

“We can evolve this into something that will really benefit the community,” Stonehouse said. “We always saw the benefits before — it always had this really great energy.”

The previous group provided monthly reports to the County’s Tourism Committee. Now, the independent committee is dissolved and tourism is discussed at the County’s Committee of the Whole meetings. That means HaliTAC won’t be officially connected to County council.

As the organization resumes meetings, HaliTAC will gather input from the County’s tourism community and provide delegations during County of Haliburton council meetings.

Previous chairs Barrie Martin and Bruce Ballentine passed on their positions to Pielsticker and Stonehouse. A prolonged hiatus of the group’s meetings due to COVID-19 gave them time to chart a path forward.

“It needed a refresh,” Pielsticker said. “As much as those meetings before were great, there were a lot of stakeholders who never attended. So, one of our goals for revitalizing this committee is eliminating the barriers to participation.”

Besides revising meeting schedules, annual leadership appointments and more, HaliTAC will tackle large initiatives, including the County’s Destination Management plan. They hope to offer perspectives on the plan which orients Haliburton County as a place “where residents and visitors celebrate the essence of Canada’s outdoor and creative spirit.”

By gathering tourism stakeholders — from restaurant owners, to fishing charters to watersports rentals — Stonehouse said they’ll be well equipped to brainstorm ways to improve and strengthen the industry.

“When you have all these great minds in one room, great things are bound to happen,” Stonehouse said. “We just wanted to continue to expand on that and support that.”

Through delegations, Stonehouse said she’s excited to be able to bring the concerns of the tourism community to County council.

“I want to take what they’re saying, and go into a meeting, and speak on behalf of all these people whose voices haven’t been heard in that space before,” said Stonehouse. That involves distilling the thoughts and needs of the community which arise during HaliTAC meetings.

Plans are underway to launch a community survey and connect with tourism partners – tour operators, rental agencies, restaurants and more ahead of preliminary meetings in the fall. They’ve started work planning a tourism summit to promote Haliburton as a destination.

“It is exciting to see discussions starting about getting the tourism stakeholders together again; the idea of a summit in Haliburton is quite exciting,” Warden Liz Danielsen said, after Pielsticker and Stonehouse presented their plans to council on June 9.

She explained how past committee members behaved disrespectfully towards County councillors and County tourism officials.

“It’s great that the tourism stakeholder group reconvened, and recalibrated,” Moffatt said. “Amid the good work that previous group did, toward the end there was a tremendous amount of discord and bickering.”

Stonehouse said that besides terms of reference and a code of conduct, HaliTAC’s method of approaching council through delegations will decrease the discord or pressure on County staff.

“In the form of us doing these delegations there’s a middle ground, where Randy and I listen to people, we come and do the delegations, we talk to County council,” Stonehouse said. “That’s our attempt — to try and have this more formal presence at the County council as representatives of the tourism industry.”

Pielsticker, co-chair of the Tourism Stakeholders Group during the time period Moffat referred to, understood the concerns members expressed: the renewed HaliTAC, Pielsticker said, will play a role in ensuring those concerns are communicated respectfully.

Some issues included the use of the County’s tourism budget, on items and services certain tourism stakeholders felt were unneeded.

“I am not going to justify how they addressed their concerns — that was certainly unprofessional and uncalled for — but it doesn’t mean we shouldn’t be listening to their concerns,” he said.

Amanda Virtanen, Haliburton County’s former director of tourism, wrote in an email that “councillors look forward to the growth and evolution of HaliTAC and will be open to feedback that comes as a result of stakeholder discussions.”

The pair say they’ll be an effective link between the tourism community and County council.

“We are up to our necks in tourism,” Stonehouse said with a laugh.

Stonehouse, a long-time Haliburton County resident, works for the custom experiential tourism company Yours Outdoors where she’s constantly in touch with many Haliburton County tourism operators. She also worked for the municipality of Minden Hills.

Stonehouse said it’s the passion and excitement of the industry in Haliburton County which makes her excited to consult and represent tourism stakeholders through HaliTAC.

“The people that live here have their heart here,” she said. “I really want them to be seen, heard, respected and listened to.”-