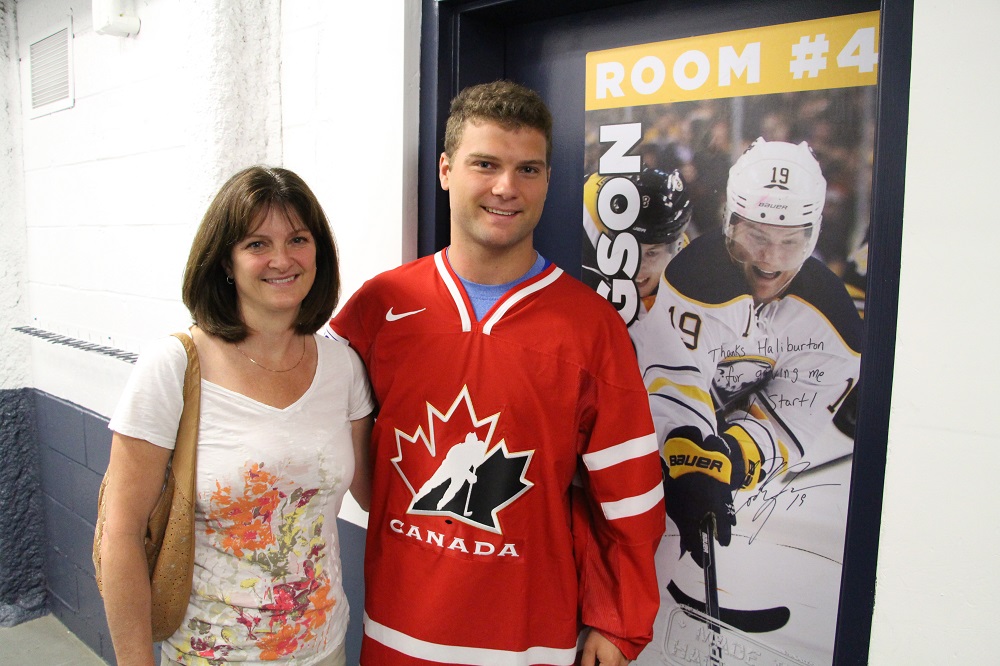 Cody Hodgson said his favourite hockey memories may well be playing in his first National Hockey League game with the Vancouver Canucks in 2010 and then scoring his first goal the very next night.

“I think being able to play in the NHL in any capacity is something I can look back at and be proud of,” he said in an interview with The Highlander.

During his rookie season, the Canucks advanced to the Stanley Cup finals, missing out by one game as they lost game seven that year to the Boston Bruins.

Hodgson said, “it was a wild ride to the Stanley Cup finals with the Canucks. I was brand new so I got to see what it took to get to that position. It was an unfortunate ending, losing in game seven, but I will remember the excitement of the city and fans for a long time.”

On the way to the NHL, Hodgson said some highlights were playing for Canada in a few different international tournaments: at the World Under 18 and World Hockey Championships.

“Winning gold at both is something I’ll never forget.”

Another favourite memory is going to the OHL junior hockey finals with the Brampton Battalion.

According to the Hall of Fame committee, Hodgson learned to skate in front of his house on Lake Kashagawigamog. He was only four when he donned a Huskies jersey, just as his father and grandfather had done before him. The Tyke team boasted two players who would eventually play in the NHL, Hodgson and Matt Duchene.

He had a stellar junior career, playing four years with the Battalion, where he won the William Hanley Trophy (OHL’s most sportsmanlike player), the Red Tilson Trophy (OHL player of the year), and the CHL Player of the Year Award.

After his brief stint in Vancouver, Hodgson was traded to the Buffalo Sabres in 2012, notching 44 goals and 55 assists over three years despite nagging injuries. He signed with the Nashville Predators in 2015.

However, he announced his retirement in 2016 after being diagnosed with malignant hyperthermia. He stopped playing but stayed on in Nashville to work with the Predators Youth Hockey program.

Hodgson said despite the early end to his career, he doesn’t feel cheated.

“I feel that I was blessed to have played as long as I did. It was my dream, like a lot of Canadians, to play in the National Hockey League and I got to do that for six years. If I had known the dangers of playing as a child, the doctors probably wouldn’t have allowed me to play at all, so I’m thankful for the time I did get.”

He returns often to his home on Haliburton Lake, not far from the lumber operation his great-grandfather ran over 100 years ago, and where the Hodgson clan has gathered for four generations.

He told The Highlander it’s an honour to be named to the Hall.

“I feel very proud to come from a town of great athletes. Growing up I always aspired to be like them. I had many mentors from the area that without them I wouldn’t have been as successful in hockey. Growing up playing hockey for the Haliburton team and returning to train every off-season gave me a chance to see all the support that goes into athletics here, I’m very fortunate to be product of this and grateful.”