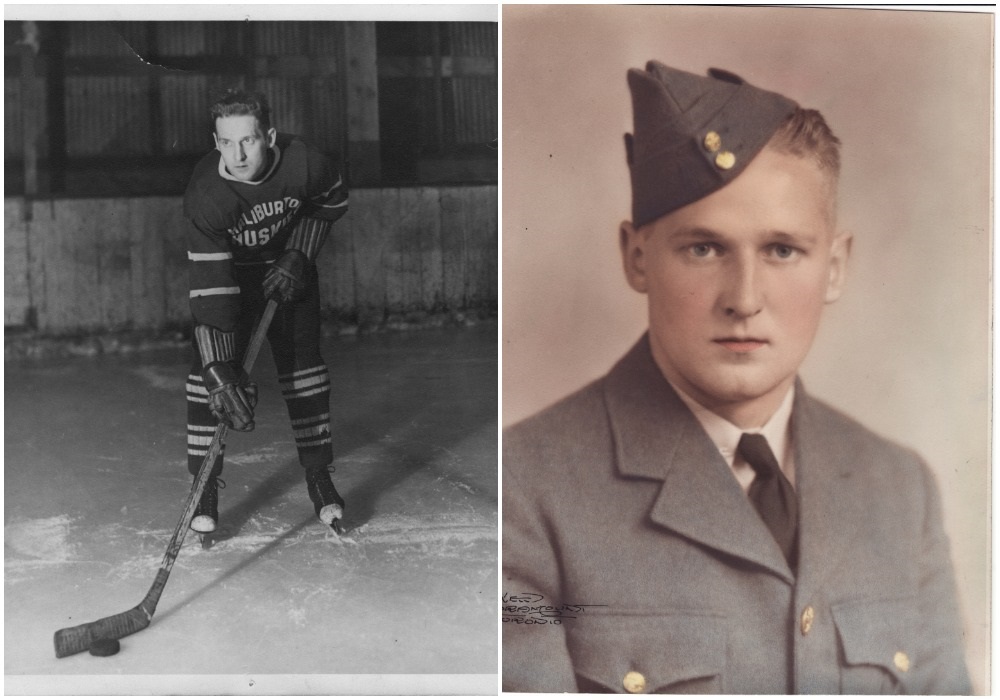 According to the Haliburton Highlands Sports Hall of Fame committee, hockey star Glen Dart was a “powerhouse player” whose 17-year career cemented his place in sporting lore.

Dart is being inducted into the Hall in the athlete category.

While Dart passed away at age 31 in 1951, his son Roger Dart often heard about his father’s legacy growing up.

“He was highly regarded in the community,” Dart said. Even though he doesn’t remember his father – he was two when he passed away – Dart said he grew up with a “sense of pride” in his legacy.

After joining the Haliburton Huskies at 15, Dart quickly made a name for himself on and off the ice. He was part of the famous 1934 team that captured seven trophies. According to the committee, the team were the “rockstars of their generation.”

He also played for the Lindsay Midgets, and even made a Junior A hockey team in Toronto. His son recalls his character off the ice matched his prowess with a hockey stick.

“He was a smooth player: a gentleman on and off the ice. He was sincere. He meant what he said,” Dart said.

After moving back to Haliburton, Dart joined Canada’s Second World War effort. After serving in the Royal Canadian Air Force, he played for the Air Force’s team in Belleville and the Moncton Maroons, a Maritime Senior team in the AMS League.

Apart from his own playing career, Dart was immersed in the County’s minor hockey system. He coached minor and junior teams – developing a crop of players who fondly remember their time on the ice under his guidance. His son often heard tales about his father’s impact on youth players and in a small community such as Haliburton, a coach like Dart was widely known.

Once when Roger Dart was working at a Haliburton grocery store, a customer heard his last name and asked him if he was connected to Glen Dart.

“He was my father,” Dart responded. Dart recalls that with a sense of pride the man exclaimed “He was my hockey coach.”

Dart eventually became Haliburton’s recreation director. In the role, he was known for his enthusiasm for hockey and eagerness to find equipment for anyone wanting to try the sport.

Since his passing, the Glen Dart Memorial Tournament sees teams from Durham to Wilberforce clash on the ice.

The tournament’s seven-decade history in itself is a nod to the local legend’s life and service to Haliburton’s sporting heritage.