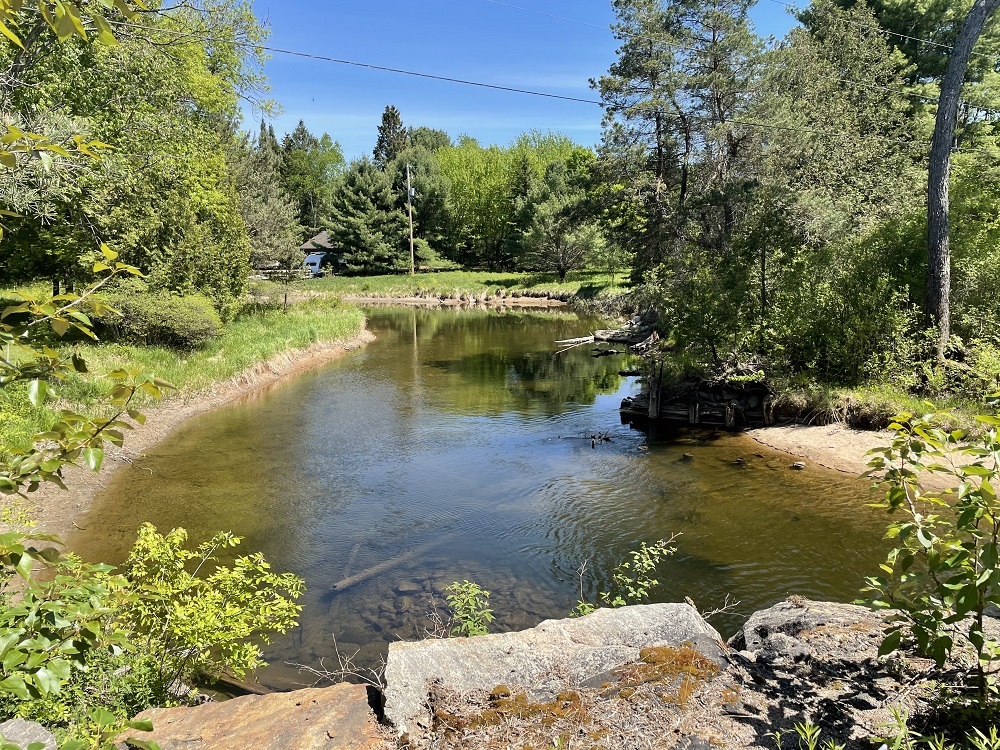 After receiving 25 per cent of May’s average rainfall, experts and politicians are calling for patience as water levels in the Gull River Watershed remain worryingly low.

Without substantial rainfall for weeks, as well as minimal snowmelt, reservoir lakes such as Kennisis Lake are experiencing lower than normal late spring water levels

In order to preserve the health of those reservoirs, flow through lakes without dams or weirs such as Pine Lake, Beech Lake, and Grass Lake are drying up.

However, the low water levels aren’t due to mismanagement by the Trent-Severn Waterway (TSW), said Ted Spence of the Coalition for Equitable Water Flow (CEWF).

“It’s totally based on climate change and climate variability, and the fact that we’ve had so little rain fall,” Spence said. Spence and the CEWF has been working with the TSW for more than 10 years to increase the health of the watershed’s lakes and rivers.

“To see those very large reservoirs at the top of the Gull not full this year: it’s pretty extreme,” he said.

Algonquin Highlands Mayor Carol Moffatt is also worried. She’s been monitoring lake levels and how the TSW chooses to release and hold back water throughout the watershed.

“If Trent-Severn Waterway were to release the water, they’d be taking a great risk … ” Moffatt said. She added it’s because warmer and dryer weather is on the way with minimal rain in the forecast. She said water released from the reservoir lakes might not be refilled. While the TSW released more water for the May long weekend, rain is the key ingredient to normal levels.

“It’s a giant balancing act,” said Moffatt. However, that balance, between the health of rivers and lakes throughout the system and the TSW itself, is frustrating for the thousands who live on nearly-dry rivers and lakes. The TSW opened its boating season May 28, including for the Rideau Canal.

“People are frustrated that our lifestyle and economy here are sacrificed for people in the south,” Moffatt said. “This is an old, complex, and complicated system.”

Spence agreed. According to his communication and work with the TSW, “It is true that their commitment is to open the canal and keep it operating,” he said. But he clarified that if the TSW opened up the reservoir lakes to fill up flow through lakes, cottagers could see worse conditions in the dry months of July and August

The TSW operates dams throughout the system – allowing drainage from lakes or stopping water flow.  Margot Roberts, who lives on a river near Pine Lake, said she’s never seen such worrying water levels.

“Usually [the river] is really moving – it’s a good 30 or 40 feet across to the neighbour’s yard across the river,” said Roberts. “Now, if I had a good pair of boots I could walk over it.”

That also means that Roberts, an active volunteer with Birds Canada, can’t kayak to complete the annual Loon survey. Even more concerning, she said, is if the water is released too quickly, it could wash away Loon nests.

“I thought it would be fun to live on a river,” said Roberts. “Little did I realize the up and down of a river.”

Moffatt said she understand resident’s frustration – and how much the low water levels affect day-to-day life: but the issue is widespread.

“It’s not just us – it’s not that Haliburton County is being ignored by the TrentSevern Waterway,” Moffatt said. “They are doing what they can; the problem is there’s not much they can do.” The TSW did not respond to Highlander questions before press time.

Opioids not the biggest challenge now