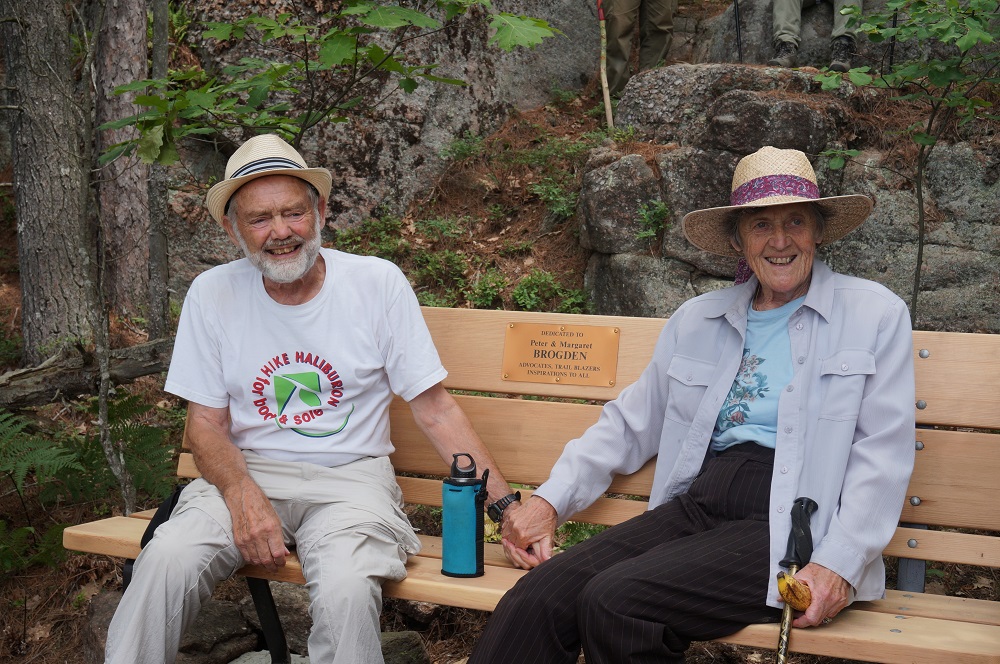 Margaret Brogden is being remembered for her contributions, along with husband Peter, to the trails network in Algonquin Highlands.

Margaret Brogden passed away May 17.

Algonquin Highlands Mayor Carol Moffatt said the Brogdens were a “tag team who were really involved in developing the trail system. They were a matched set, in enthusiasm and outdoors acumen and they separately, and together, contributed a tremendous amount.”

Moffatt said she will remember Margaret Brogden as a “tremendously kind person.”

Her family said, “she will be remembered for her enthusiastic humour and nature and most of all for being mom.”

She said the Brogdens were both very important to trail development in Algonquin Highlands.

“They were responsible for the development of trails such as the Circuit of 5 Viewpoints. Peter generally took the lead on trails, but Margaret wasn’t far behind.”

“She started it with a small group of people who enjoyed snowshoeing. It grew from there.”

She added the Brogdens have been very generous supporters of the Land Trust over the years, and one year won the Land Trust’s enviro-hero award for health, for environmental activities that promote, exemplify or result in healthy lifestyles.

“Margaret exemplified a healthy lifestyle. She had a short career as a home economics teacher before becoming a bookkeeper. Healthy food was always an interest of hers and she was an extremely active, outdoors person. She absolutely loved skiing, hiking, snowshoeing, canoeing and swimming. I have fond memories of doing all those things with her,” Ziman said. She is survived by Peter, her children and grandchildren.