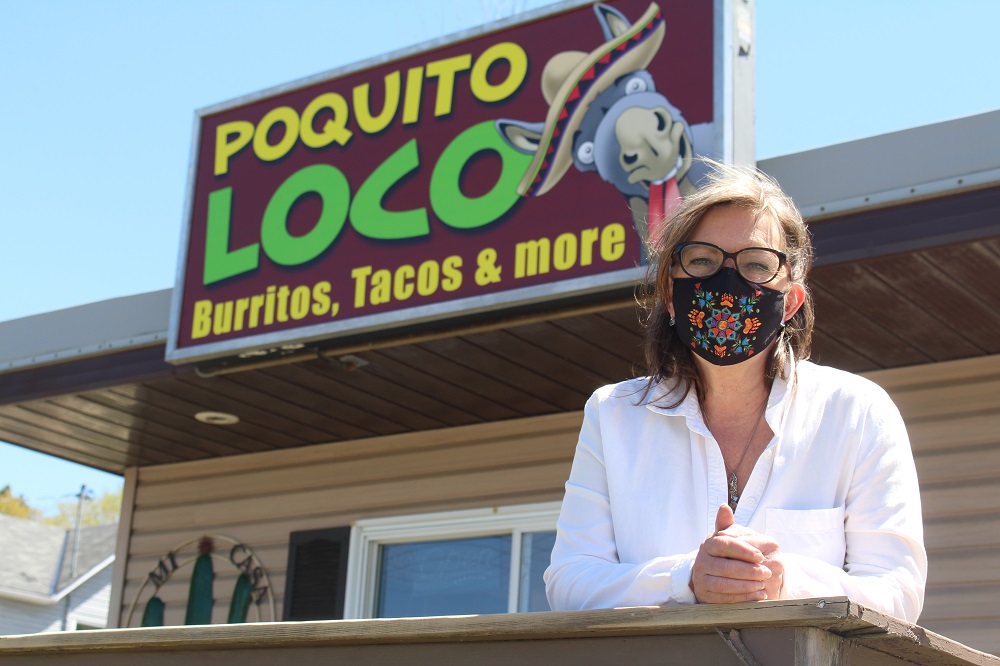 Claudette Pitre said it is “kind of crazy” to be opening a restaurant during the COVID19 pandemic.

The decision inspired her new venture’s name, Poquito Loco, meaning “a little crazy” in Spanish. The Mexican takeout restaurant is set to open May 22 on Highland Street next to the Silver Maple Hotel.

“Encapsulates us, and the idea of doing it in the middle of a pandemic,” Pitre said. “Just throwing caution to the wind.”

The establishment will serve a full slate of Mexican cuisine, from tacos to burritos to quesadillas to rice bowls and platters.

The Pitre family does not hail from Mexico, but she said her many trips to that country inspired her. She said she even considered moving there but decided not to due to her young children.

Pitre said she decided on the businesses as the pandemic has curtailed her career in live entertainment management. Despite the challenges in the restaurant sector during the pandemic, she said she saw a niche she could fill.

Pitre said she will utilize both Mexican and locally-based suppliers to provide a variety of ingredients.

“We’re trying to keep it as authentic as we can,” she said. “But, also with options for people who maybe don’t want the Mexican ingredients.”

The restaurant is still readying for its opening, which was stalled from May 20 due to unforeseen delays. Still, Pitre said she is touched by the community support she has received so far and is excited to start.

Rhubarb on the Hill to open this weekend