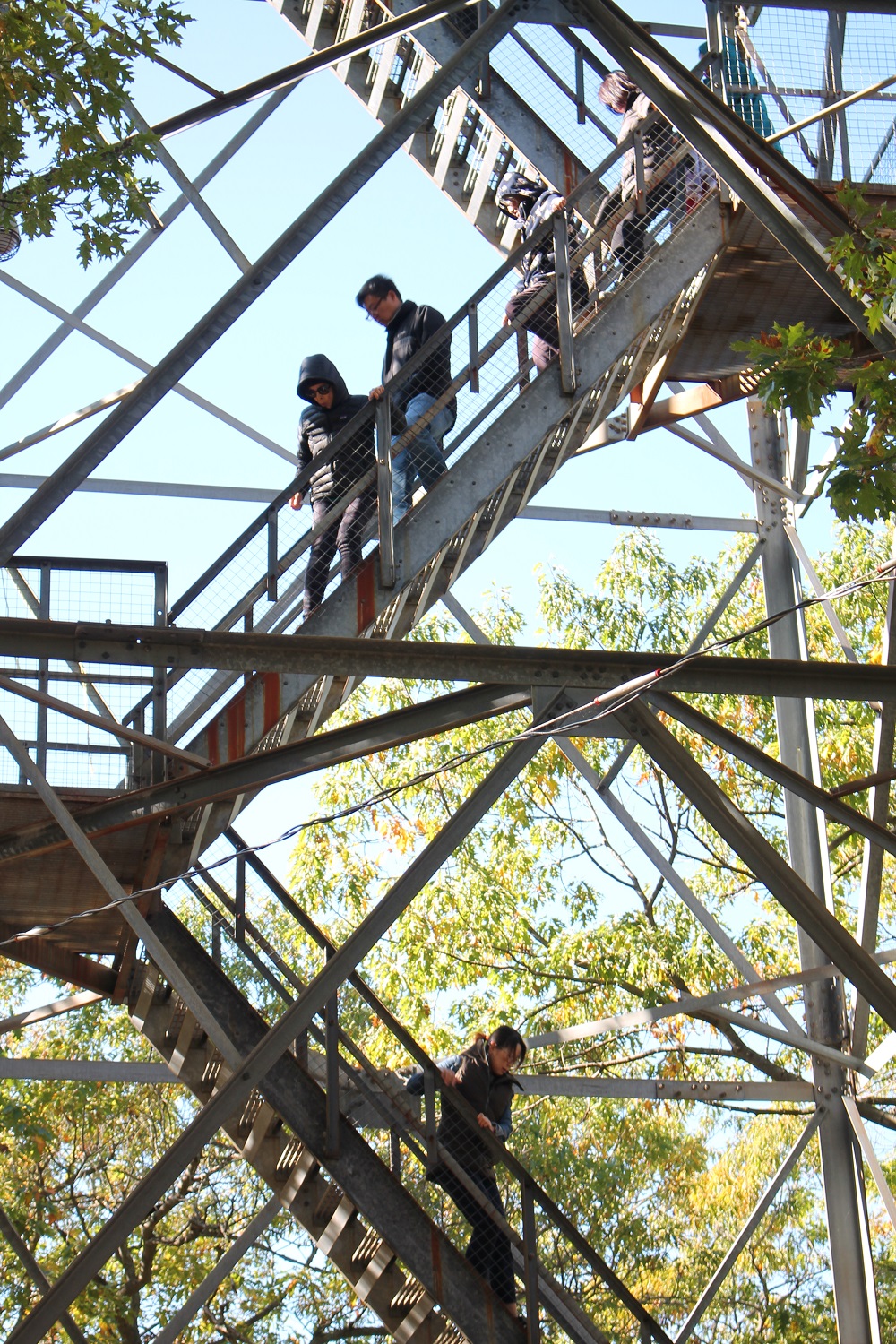 Algonquin Highlands Emergency Control Group (EOCG) has decided the Dorset Tower property will reopen for the season May 17, but the tower structure itself will remain off-limits.

Council discussed the decision at its March 4 meeting. The only thing the EOCG didn’t decide is how much of a fee reduction the municipality will offer visitors for the loss of the popular Dorset climb and vantage point.

Manager of parks, recreation and trails, Chris Card, said that during EOCG discussions Feb. 17, it was decided the tower structure should remain closed because of difficulties in ensuring proper disinfection, social distancing, and the staffing required. However, people could still access peek-a-boo rock, other groundbased lookouts and the gift shop, he said.

With that in mind, he said the EOCG was recommending a discounted rate of 25 per cent in fees for visiting the attraction.

“The 25 per cent reduction would reflect the loss of one of the four attractions available while ensuring revenue to offset the operating costs of the location, which will not decrease,” Card said in a written report.

He emphasized that costs at the tower will remain the same despite the discount.

“This would allow us to get some people through the gate where last year we still had costs associated with managing some of the traffic around the tower in the form of OPP traffic control etcetera without bringing in any revenues,” he said.

However, Deputy Mayor Liz Danielsen said the tower is the greatest attraction, so urged the EOCG to consider a larger reduction, perhaps 40 or 50 per cent. Coun. Lisa Barry agreed. Coun. Julia Shortreed noted it was not a lot of money either way.

Coun. Jennifer Dailloux wondered about shutting down the tower property completely during peak leaf season in 2021 to offset the need for OPP control and “pretty steep” billing.

However, Mayor Carol Moffatt said even with the property closed in 2020 “there was still a bit of a circus.” She said the $30,000 OPP bill can be anticipated again this year “because the message just doesn’t seem to get out there.”

Card said the OPP did lay trespassing charges last year as people were lining up and not showing much regard to barricades and signage.

Council decided to send the discount discussion back to the EOCG.

When a decision is made, it will be posted on the Tower website, there will be signage at the entrance, and gatehouse staff would explain the situation before taking people’s funds, Card said.

Council also voted to resume taking registrations at the Haliburton Highlands Water Trails effective March 29. Card said they would still have to charge a $10 per COVID-19 campsite cancellation, as they have associated costs.

“This decision is being made in consideration of the timelines required for the organizing of these events, which includes the dedication and commitment of the many volunteers associated with running them,” a March 8 media release stated.

It added that the Dorset Arts, Crafts and Antiques Sale and Dorset Community Garage Sale will be assessed relative to the state of the pandemic.

Council awarded the tender for 2021 surface treatments. Interim operations manager, Brian Nicholson, said they did a joint tender with the County of Haliburton and received four bids.

Nicholson said public works would prepare the roads with sweeping and spray patching and it was hoped the work could be done from the beginning of June to the start of September.

Correction: A previous version of this article said council had decided to keep the Dorset Tower structure off-limits for the season. In fact, the decision was made by the municipal emergency operations centre. The Highlander apologizes for the error.