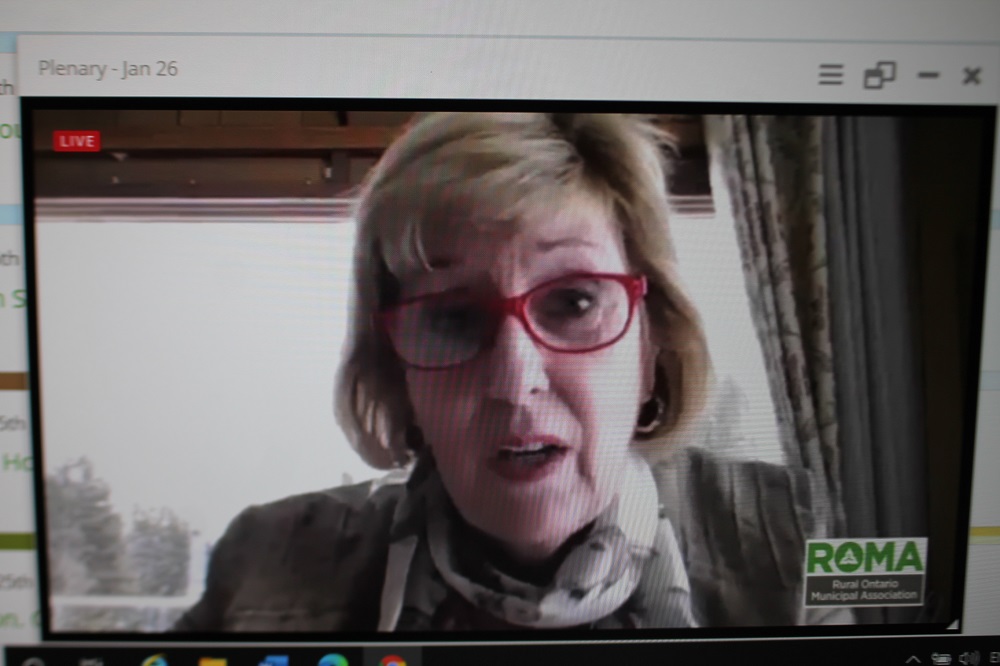 During the second minister’s forum Jan. 26, on Rural Economic Resiliency, Infrastructure and Resource Development, delegates asked questions of a number of Ontario ministers, including Haliburton-Kawartha Lakes-Brock MPP and Minister of Infrastructure, Laurie Scott.

A number of municipalities asked Scott about the digital divide. While they thanked her government for its $1 billion investment, they specifically wanted to know how many projects had been approved under the Improving Connectivity for Ontario (ICON) program to date.

Scott said there are hundreds of projects at different stages of approval. However, she said quite a large number require a federal funding component. She said while the feds had pledged $1.7 billion nationwide, Ontario has promised $1 billion.

“Everybody’s doing the math and has done the math in their municipalities … we need more money to help solve the digital divide problem faster,” Scott said.

She added while the Ontario government doubled its ICON funding to $300 million in an announcement made in Minden in November, “of course you all know municipalities and the province can only do so much.”

She said as far as the province is concerned, every option is on the table, from fixed wire, to wireless and satellite.

Minister of Natural Resources and Forestry, John Yakabuski, was asked about the fact the flooding season is just around the corner and what improvements had been made since the flood advisor’s report in 2019. The province went on to release the first-ever Ontario Flood Strategy, in Minden, in March 2020.

Yakabuski said the province can’t prevent flooding as it is a natural phenomenon.

However, “it’s all about what we do to better forecast that flooding and then respond to it when it happens and then through also working with my colleague, Mr. Clark at the Ministry of Municipal Affairs and Housing, then recovering from those floods because when that does happen his ministry is deeply involved as well.”

Yakabuski said the strategy involves seven ministries. He added they are working with municipalities and conservation authorities. He said just one example is they’d increased their ability to monitor water levels through the basins from a surface monitoring centre in Peterborough.

Other questions touched on a renewed safe restart program, blue box full producer responsibility, the high cost and inability to get municipal insurance, the need for Freedom of Information Act reform, the province’s long-term energy plan, the necessity for more heads and beds money, social services relief and help with homelessness, stable infrastructure funding and the impact on trade with a new US government.

About 270 of Ontario’s 444 municipalities have populations of less than 10,000, while many more are rural in character. The rural arm of the Association of Municipalities of Ontario, ROMA advocates for policies and programs that help build thriving rural Ontario communities.