Home Sports Board backbone of Storm 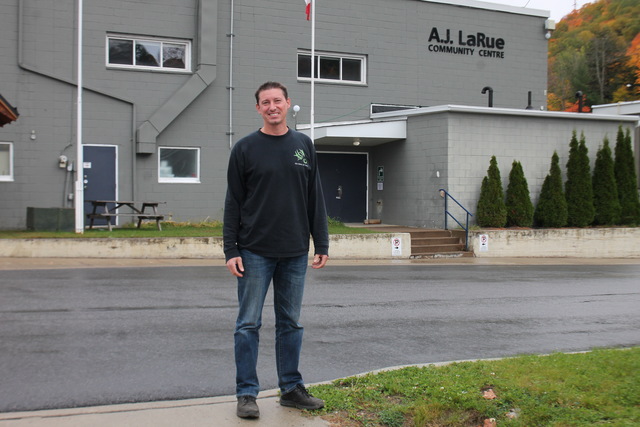 As the Highland Storm heads into its 20th year in 2021, it continues to be the board of directors that steer the ship of this successful, small town, minor hockey association.

It utilizes the Keith Tallman arena in Wilberforce, the A.J. LaRue arena in Haliburton and the S.G. Nesbitt arena in Minden.

Without a doubt, it is experiencing one of its most challenging years, with a global pandemic, a recent failure of the well at the Haliburton arena and the newly-built Minden arena not yet ready for use.

Despite that, an adaptable and hard-working 16-member executive has not only gotten children on the ice, ranging from initiation to midget, but coaches, trainers, and referees this fall.

President Jason Morissette says he is quite proud of the Storm, not just his board, but the families that have put safety first, which has allowed their children to head to the rink twice a week, putting some normalcy back into their young, pandemic, lives.

Morissette said the board varies in size and roles. For example, they have a COVID lead for the very first time. Amanda Rowden has stepped into that job after being the fundraising representative. Craig Smith had been the tournament convenor, but since there are no tournaments, he has switched to overseeing the initiation group, which are the youngest players. Another example is Jessica Lloyd. She was the local league representative but has taken on the registrar’s role. It’s vast with so much online registration this year, as well as a new season format and new fees.

“It’s always been varying, where we see a need or there’s been a constitutional change,” Morissette said. He added, “some might take on multiple roles as well.” This year, a lot of people are taking on different jobs and responsibilities “to make this whole set-up work and try to get kids on the ice.”

A lot of matching volunteer board members to jobs is based on their skillsets and interests, the executive head added. The executive is elected at the association’s AGM every year and members sit for two-year terms. Morissette said the key to making the Storm work is communication among not just board members, but parents, volunteers and any paid staff, such as referees.

“And you have to look at the big picture, instill in everybody that whole together thing. You can’t let the needs of one particular age group, or player, compromise your whole organization.”

He said they have to keep the interests of all in mind, looking at the longer, and bigger picture versus what is happening at any given moment. He noted departing board members tend to mentor incoming board members, to share their experiences. That said, change is inevitable, as children grow older and leave the organization. Morrissette said there is no doubt they will be looking for more volunteer board members come the 2021 AGM.

“They’re all voluntary, quite time-consuming, but rewarding positions. You meet great people, and you see kids doing what they love to do and families taking part in community events and exemplifying community spirit.”

He added it doesn’t just have to be parents, either. “We’d be more than happy to have a spry baby boomer say ‘I’ve got time, I’ve been involved in ice hockey, I’m a fan of the game, I have coaching skills’.”

Morisette said that for him personally, the job has come with challenges, but ultimately, “I’ve certainly enjoyed it.” 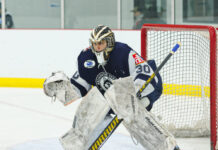 Huskies close in on first in South/East conference