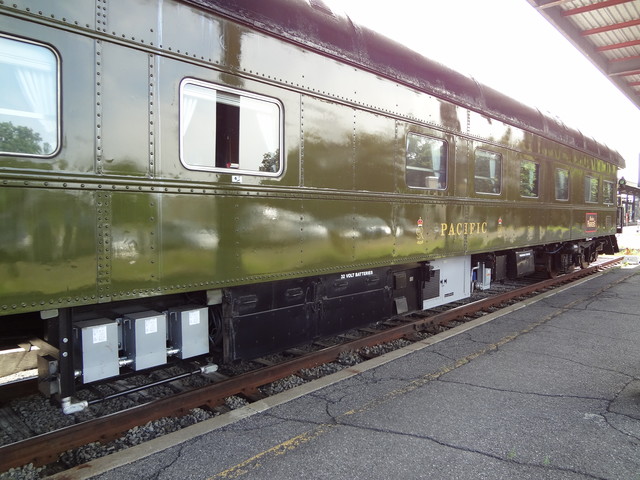 The train left Haliburton at 5 a.m. and if you were going to Toronto, you had to be on it.

On this particular morning, I was returning to Western Canada after a furlough.

When I got on, I saw Maurice, an old school chum. He told me it was his last leave and the boys had given him a party and put him on the train. Knowing the kind of party it had been, I asked “where is your gun and duffle bag?”

“I don’t know, I’ve lost everything,”

“Well, you stay in your seat, and I’ll look from them,” I said. I came back with the gun and duffle bag. I said, “don’t lose this again. You know what will happen to you if you show up with no equipment.”

He was to stay overnight in Toronto at his sister Lilly’s before catching a train for Halifax. I think he must have had a bottle on the way to Toronto. When we arrived, I could see he was in no condition to be left alone. I looked for a pay phone to call Lilly to come for him. Then I took his gun and put it in a locker and put the key in his pocket, along with a note. I had to catch my train or I would be in big trouble if I missed it. No excuses.

Apparently, next morning Lilly asked Maurice, “don’t you have luggage?”

She scolded him and said, “well, give me your pants and I’ll press them.”

That’s when she found my note. Well, she got him in to get his equipment and on the train to Halifax. He said, “oh yeah, I remember Mabel taking my gun and duffel bag.”

I never saw Maurice until after the war. The Township of Stanhope held a Veterans Day at Matabanick Inn. Maurice and I were there. It was good to see the others. But it was hard to celebrate victory when we were saddened by our comrades who had died, five of our chums from Maple Lake.

Every Remembrance Day at the Legion, Maurice told this story. When he couldn’t go anymore, I phoned him on Remembrance Day, and he laughed and reminded me of losing his gun, and what would have happened to him if I hadn’t been there. When he died, the Minden Legion was open, and I attended his funeral.

Do you have any war stories of your relatives from Haliburton County? If so, please share them with us at mabelhewitt@ icloud.com. 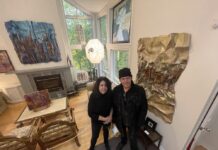 Walking the line between beauty and destruction