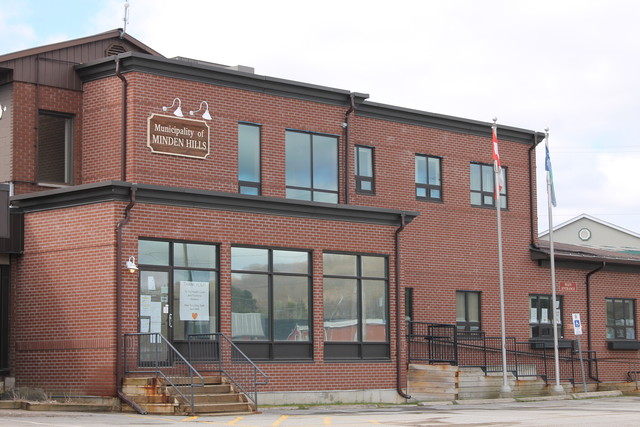 Craig Gordon headed home from work last week, only to find a Minden Hills brushing contractor “doing a hatchet job” on the roadside trees and foliage.

“It’s a horrendous job,” Gordon told The Highlander via email.

He said he was given various reasons as to why the township needed to do the brushing and he understands it has to be done.

“But it doesn’t have to be done the way it’s being done,” Gordon said.

“We live in a beautiful part of the country and it’s hard to believe that this is how they treat our roads. People pay a lot of property taxes so they can have some curb appeal to their property and I’ve seen (the County and its four lower-tier municipalities) do this all over the county.” Hydro one also does brushing.

Travis Wilson, the township’s director of public works, said that to his knowledge there wasn’t much, if any brushing taking place on Minden Hills’ roadways prior to him starting with the township.

“From that, you can imagine our entire road network has become overgrown and in some situations overtaken the travelled portion of the road,” he said via email.

He said they started a brushing program five years ago, although it didn’t really become adequately funded until 2017.

The township has now placed its roads on an eight-year cycle, so that every eight years they will be brushed.

He added there is typically one or two residents every year that find mechanical brushing to be “ugly”; however, most are surprised that within a month or two of completion you wouldn’t be able to tell the equipment was through with the exception of not having to drive down the center of the road or hitting branches with your mirrors.

He said mechanical brushing is not special to Minden Hills and is widely used outside of the County as well.

“It is the most efficient and costeffective form of roadside brushing and is necessary for daylighting, ensuring adequate width of road platform and in the case of many roads, allowing access to the ditch with equipment for ditch maintenance.”

“Just a comment from a tree hugger, some of the brushing work is a little brutal looking,” Danielsen said. “I know that’s the case when its first done, but it’s just brutal.”

HE passes budget with 3.81 per cent levy increase