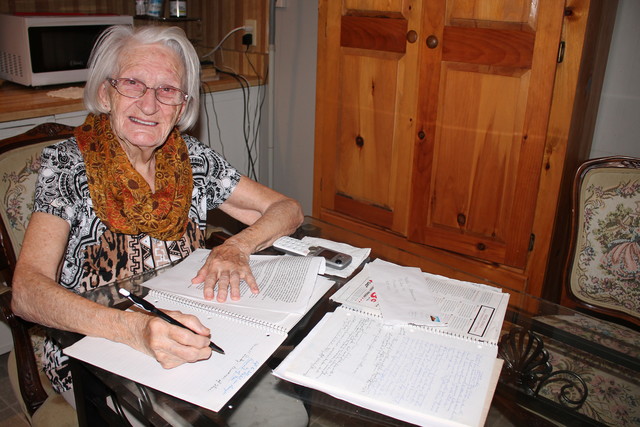 In late August, 1939, Canada was still in the grip of the Great Depression with about 900,000 of Canada’s total population of 11 million still unemployed.

Life in Haliburton County wasn’t much different from other rural areas. On Saturday night, the boys stepped out in black and white Oxfords to dance to music made famous by big bands such as Benny Goodman and Glenn Miller, whose aircraft would be shot down in the Black Sea in the Second World War. At the Golden Slipper in Haliburton, Al Perrin interpreted big band music.

Roll out the Barrel was the favourite polka. Jitterbugs cut a rug to In the Mood, while Keith Brannigan got everyone on the floor to square dance when he called Darling Nellie Grey or Redwing and the girls showed off their pleated butterfly skirts in the swing.

People chuckled at the antics of Popeye and his spinach or Wimpy and his hamburger. Pork and beans cost three tins for 19 cents. Two tins of salmon cost 23 cents while a pound of coffee cost a quarter. In the rural areas in summer, mail arrived three times a week. Because of lack of telephone lines, it would take four or five hours to get a call to Toronto. Record crowds turned out at the Toronto Exhibition to see demonstrations of the coming of the incredible television.

But, while the building blocks of war were being put in place in Europe, most Canadians did not believe the future included a war scenario. Since it was reported that Prime Minister Mackenzie King had already recorded in his diary that Adolph Hitler may rank with Joan of Arc someday, there seemed to be no need for pessimism. Their optimism was shaken when the British government transferred $60 million in gold to Canada for safekeeping. But, when the explosive news came that the Nazi regime had bombed Warsaw, and that 52 army divisions had rumbled into Poland in September 1939, war was inevitable.

As in all of Canada, the shock wave hit Haliburton County. In West Guilford, 86-year-old great grandma Jane fretted that Frankie and Hazel’s boy would have to go overseas. This was Frankie Barnum and Ray Scott. They did along with seven of grandma’s grandchildren, two of whom did not return.

On Sept. 10, 1939, Canada declared war on Nazi Germany, not knowing that this war would last six years, a war that at the end of six years, would have claimed the lives of 50 million of the world’s people, and would leave countless others wounded in body and mind – a war that would change our maps and history, our lifestyle and our destiny forever.