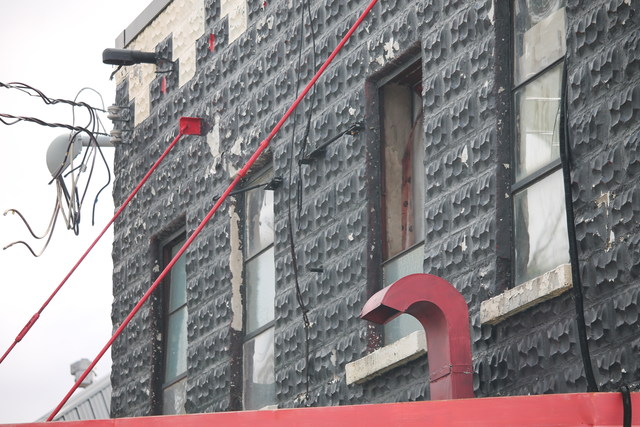 After learning the birds could be headed to death row, WWS emailed Minden Hills councillors on the eve of their May 28 meeting, founder and director Monika Melichar confirmed.

The correspondence was enough to convince councillors to shelve any culling plans for now.

Informed about the decision after the meeting, Melichar said, “I’m really happy they are considering alternative, more humane, methods. Euthanizing gives you a quick result, but ultimately it is going to back fire. What happens with any wildlife species is you create a void and others will fill it.”

There were three options on the table at the meeting. Two involved euthanizing the pigeons. The price would have been $50 per visit for a weekly service, for 30 weeks, ($1,500) and a $1,500 contingency for equipment and or birth control feed.

In the end, council opted to advise the property owner of a derelict building on Water Street to board up windows where pigeons are roosting; tell the public via social media and signs not to feed the pigeons, and investigate options with the WWS.

Coun. Pam Sayne said, “there was an offer from the wildlife reserve and I think we should consult with them before we need to take any action, financial, on this. Certainly, the first option of dealing with where they’re nesting is important. We need to address that and with the owner as well.”

Deputy Mayor Lisa Schell agreed. “Rather than just going out and killing them, I wouldn’t mind trying some different options and hopefully they (WWS) can help us out. So, financially it would be beneficial but also beneficial to the pigeons if we maybe just educate people right now, and ask that they not be fed and we board up that building where they seem to be roosting.”

Coun. Jennifer Hughey said councillors had received a couple of emails from people concerned about a possible cull so “trying to investigate some of these other things is a good idea.”

Melichar said the key is to remove shelter and food.

“I will gladly speak with them and work with them to find a solution,” she said.

“I don’t totally agree with annihilating them so boarding up the buildings where they are nesting and advising people not to feed and looking at other options, I’m much more comfortable with that.”