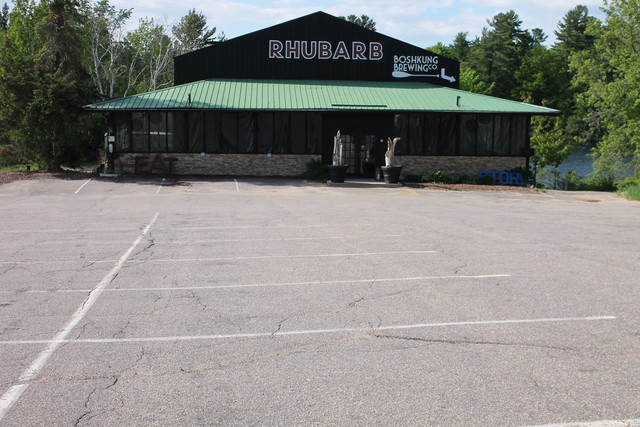 Mathews-Carl said takeout is simply not matching what the establishment would make from dining in.

“It’s just not sustainable,” Mathews-Carl said in an interview. “I don’t think that cottagers and local residents really understand how in dire straits the restaurant industry is in up here,” she added.

She acknowledged that some places may be busier than others, but generally feels the trend is to not order out but cook at home. For a restaurant such as hers, which “makes everything from scratch,” she said they have to take orders in advance, so they’re only prepping what they need to avoid wastage. It limits what they can offer the public. She also conceded there is less overhead for staffing, with chef Christoph Carl, herself and the kids largely running the establishment.

She believes people need to get takeout a couple of times a week for local restaurants to survive. She added they should visit numerous establishments, not just one.

She said another challenge is mixed messaging to cottagers, telling them to bring everything they need, and not shopping locally.

Aaron Walker, owner of McKecks in Haliburton, said they’re fairly busy, and busier than they thought they would be during a pandemic. He credits this to community support, and the federal government wage subsidy.

However, Walker said they are still only making about 25 per cent of normal sales. He is concerned that the Province of Ontario has not said where restaurants fit in with economic recovery, if they’re part of phase two or three. There have been no guidelines for reopening either. And, with emergency orders extended to the end of the month, he wonders what that will mean. It makes it hard to plan.

Molly McInerny of Molly’s Bistro Bakery in Minden said their takeout business “has not been stellar” and is probably down 80 per cent. However, she said their precooked freezer meals and desserts remain popular and have been keeping them going.

Otherwise, she said, “there just isn’t the business. The May long weekend featured some of the slowest days since COVID-19 started, and since public health officials and politicians told people to bring food with them and stay where they are.

“And, yet, we have had no new cases of COVID-19 in Haliburton County. [Since the interview there has been one new case.] If people behave, we should be allowed to reopen. This is our livelihood. I want to make sure it continues.”

McInerny added, “we would make sure our customers are safe. Before the shutdown, every other table was closed off. If people come together in a group, they are likely a family unit. The only people at risk are my staff, not my customers.”

County food tourism facilitator Thom Lambert said his impression is that takeout is more successful for some restaurants, kitchens and food trucks than it is for others. He said he had heard from several operators that they are busier now than they were this time last year. However, he said it varied from restaurant to restaurant.

Haliburton Highlands Chamber of Commerce board president Andrea Strano said she could speak for businesses in general, not just restaurants.

“My opinion will always be shop local, support local, understand that if we spend our dollars somewhere else we are only making it harder for our local businesses to recover.”