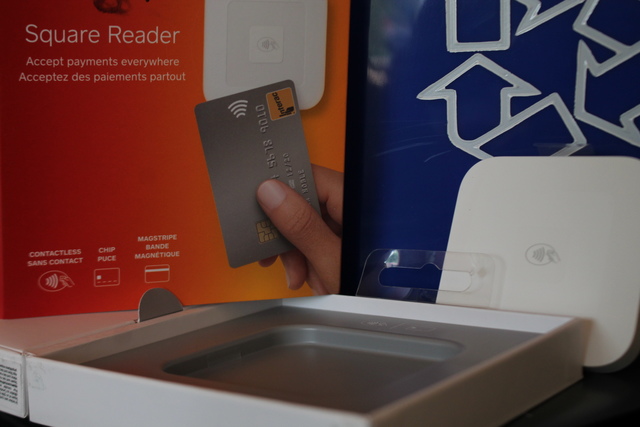 COVID-19 has dragged Algonquin Highlands out of “The Stone Age,” as council voted May 21 to implement a Square Terminal digital payment system at three of its waste disposal sites.

Operations manager Adam Thorn told councillors via a Zoom meeting that, “definitely through this COVID pandemic, we’ve really noticed some shortfalls in accepting cash at our sites and not having digital payments set up.”

He submitted a joint report he’d written with environmental coordinator Melissa Murray. Thorn said he and Murray had researched and felt Square Terminal is the best system for what they would like to see put in place.

“Digital payment helps us track sales,” Thorn said, and, “also helps with reporting, and will decrease staff time for changing those receipts from paper to electronic.”

The report went on to outline a number of advantages to the township of implementing a digital payment system for processing and reporting of tipping fees at waste disposal sites. Now, people can only pay by cash or cheque. A small number of contractors have charge accounts and receive monthly invoices, which are paid by cheque or in-person at the township office.

The report said the new system is more efficient, can be contactless, offers an expanded service to residents, could result in more sales, could lead to more on-line sales, such as for cottage kits, save printing and receipt book costs, allow for instant receipting, and is easy to use.

The report acknowledged transaction fees but said these be offset by things such as reduced staff time for data entry and reporting.

One-time costs are estimated at $3,100 with annual costs of $1,940. The money would come from provincial government modernization funding. Thorn said the idea is to trial the system at the Maple Lake landfill. He said once they get it up and running, and get the bugs out, they will then expand to Dorset and Oxtongue Lake sites.

“This is a terrific idea,” Mayor Carol Moffatt said. “We are somewhat in The Stone Age regarding our ability to make online transactions.”

She said she had raised, during the Emergency Operations Centres meeting, about fanning out from this to include other things, such as an online shopping cart for other township services, such as building permits.

“I think it’s a really good step to modernization and exactly what the modernization money provided by the province is for,” she said.

Coun. Lisa Barry asked about the Dorset Tower. CAO Angie Bird said it has a point of sale machine, though not Square.

Deputy Mayor Liz Danielsen asked about using the same system across the towship.

“I think it’s a great initiative and I was also wondering about the wisdom of having, if we’re going to expand this kind of system beyond the landfills, for them all to be the same system.”

Thorn replied, “we could definitely look at other options if it’s something other department heads would like to morph into what works best for them.”