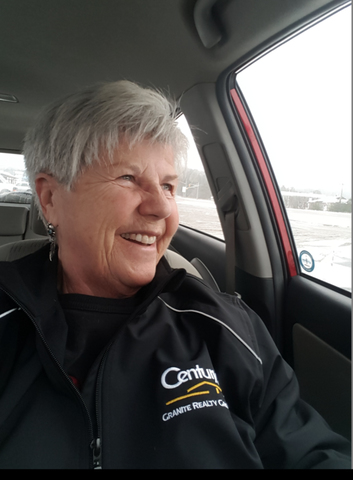 Kelly Gauthier called her aunt Lee ‘Aunty Oz’ because of their shared love of the movie, The Wizard of Oz.

“It was our favourite movie,” Kelly said. “There’s no place like home … and Lee was my home, so I referred to her as Aunty Oz.”

Lee Gauthier, who died peacefully via medical assistance in dying (MAID) April 30, is being fondly remembered by friends, family and colleagues.

Kelly said she and Lee had a special bond. She said she grew up in a dysfunctional home but was too young to know that. However, Lee did, and would pick her up every other weekend and whisk her to the cottage on Kushog Lake.

“She was instrumental in my childhood in terms of getting me away, and showing me ways of expressing myself.”

While young Kelly did odd jobs, such as taking snow off the roof in winter or raking leaves, she was encouraged to do art. She went on to become an art and photo therapist. As she grew into her teens and adulthood, Kelly said Lee was always home for her, no matter where she went. And she said other family members felt the same way.

“She was just my north, south, east and west. She probably was a compass for me, or maybe she was a healing spot for a lot of people in the family. She shared a friendship with some of us. She was more like a mom for others. She never hesitated to be there for someone. Her home was just a place where you felt comfortable and welcome.”

Kelly said when Lee told her she had cancer and didn’t know how much time she had left, but was not going to do chemotherapy, “she said ‘I’ve lived a great life. It’s my time’. She was so comfortable with her decision.”

Kelly and Lee’s friend Darlene Brown were with her at the time she passed “and her decision never wavered. She was at ease the whole time, reminiscing about old times. We laughed and cried. She also made sure to let us know how deeply we were loved and made eye contact the whole time as if to take that image of us with her. She passed peacefully.”

Friend Brenda Peddigrew said Lee told people she was going to be reincarnated as an owl so she isn’t surprised that she, and others, have been seeing owls, or symbols of owls, since Lee passed away.

“Lee told most of us she’s coming back as an owl. She loved owls. She told us ‘just look out for owls’. Since she’s been gone, the number of owl sightings, I’ve had three this morning,” Brenda said in an interview May 4.

Peddigrew had known Lee for more than 20 years, part of three groups with the well-known local realtor: the Outloud Womyn’s Voices, the Algonquin Highlands Writers Circle and the Soul Sisters group.

“Lee was a very significant, visible member of so many communities in our area. It is a huge loss. We all feel it. And we are kind of still on the edge of shock,” Brenda said.

But she said Lee “was completely at peace. She had all of her affairs in order.”

Peddigrew last saw her on April 24. She said Lee had thought of everything, charities to give to, new homes for her cats, where to donate her movies.

She said once people learned of Lee’s plans, they were able to reach out by phone and email. And, on Tuesday, April 28, a procession of people in vehicles did an organized drive by for Lee, who stood in her driveway, farewelling them all.

Peddigrew said she would remember her friend for her love of art, writing and travel. She said Lee was a global person in many ways.

“It was part of her essence. She had a very big mind, and a heart that was capable of going to another country and absorbing their culture. Lee travelled for adventure. It symbolized her life and her being expanded when she went to these countries, not just to see what was there.”

She said they’ve also leaned new things about her, such as Lee’s ongoing support of the Woodlands Wildlife Sanctuary.

“What she brought, besides her generosity, was her interest in so many different things.

Peddigrew added her friend wasn’t an angel. “She also had a stubbornness and feistiness I think contributed to everything else. She had a quick temper and could go off like a firecracker, and then come back and apologize. She was totally human and knew it.”

“First and foremost, she was a dear friend and a wonderful person,” he said.

He added that she was a “great realtor, loved being a realtor, for over 33 years in Haliburton. She insisted on dying as a realtor.” She was fully licenced at the time of her passing. “She was professional to the highest degree. Top notch.”

He added she had a true affinity for Kushog Lake out of her Carnarvon office. He estimates that during her career she would have served close to 1,000 clients, and had an amazing referral network and dedicated repeat customers.

“Lee was proud to be a realtor, proud to be part of our team. I loved working with her. She knew her stuff, she knew her cottagers, her area. She understood her buyers. I used to make jokes, ‘that listing’s a Lee special’.”

“It is with sadness that we learned of the passing yesterday of friend of Minden Pride, Lee Gauthier. Some referred to Lee as the founder of the lesbian community in Haliburton. Our sincere condolences to Lee’s friends and family.”

Pulling together the score COVID-style