The Highland Grove fire chief spoke out on behalf of his community against a consultant report recommending fire hall closures.

As the committee continues to explore options for the future of local fire services, that recommendation led to more community concern, Bowen said.

“It did get people riled,” he said, pointing out the approximately 12 people in the audience at the committee meeting.

He added he tried to arrange a public meeting to answer questions on the matter, but it was shut down. Acting fire chief Chris Baughman responded that the issue was a public meeting cannot be held at a fire hall.

Committee chair and Coun. Cam Mackenzie said the recommendation was only one paragraph in the 10 pages of the consultant report released to the press. He added he would look into having those pages posted to the public.

“I was kind of surprised to see that was even in there. That wasn’t even the intention of that report,” MacKenzie said.

Bowen said fire halls should be improved, not cut. He added people are waiting on answers as to what direction the municipality is going.

“They want to know because they’re concerned and left in the dark,” Bowen said.

MacKenzie said there is more to the process to come, including facilities condition assessments by WalterFedy presented to council the next day. The assessment of the Highland Grove fire hall found that it is in poor condition.

“We’re not near the end of this yet,” MacKenzie said.

Resident Janet Harnden attended the meeting and said she thinks very little of the suggestion to cut fire halls.

“We don’t have a centre like Wilberforce, Gooderham or Cardiff townsite so we kind of get overlooked,” Harnden said. “I think we deserve a little for our money.” 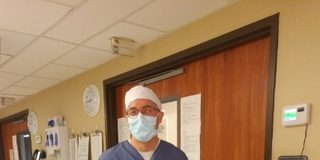