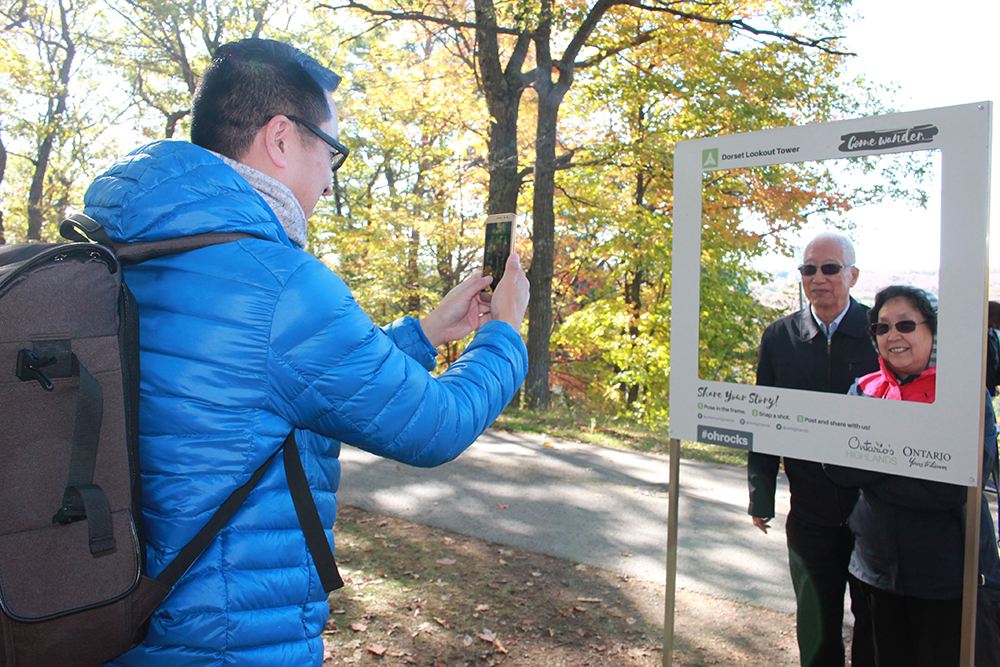 “Go hard or go home” was the sentiment of Algonquin Highlands council Nov. 7 when they authorized parks, recreation and trails manager Chris Card to go for an Investing in Canada Infrastructure Program (ICIP) grant of more than $3 million for the Dorset Tower.

Card brought a report to last Thursday’s council meeting outlining a consultants’ cost estimates for improvements at the scenic lookout. He said if the township were to be successful, it would be a “very exciting opportunity for me.”

Under the ICIP, municipalities only have to fund 26.67 per cent of projects. AH is applying for a grant of just over $3 million. If approved, they would have to contribute a little over $1.3 million of their own.

The big-ticket items are more than $1.3 million to install lighting; paint the tower; replace the cupola, add a washroom building, and do repairs and upgrades. Nearly $1.3 million would go into landscaping, such as a pedestrian walkway, upgrading viewing areas, outdoor eating areas and a picnic pavilion and flower beds. More than $1.1 million would go to repaving, widening and ditching the road along with culverts and a pedestrian walking lane. And more than $700,000 would finance expansion and paving of three parking areas to increase capacity to 180 spots, from 50-75. The total overall project cost is estimated at $4,423,875. Card said leveraged over seven years, it would be about $190,000 a year for the township.

“At the end of this year, it is anticipated to have approximately $170,000 in reserve funds associated with the Tower,” he said of financing. “Given recent restructuring of fees and continued increases in annual attendance and revenue it is anticipated that $50,000 per year of surplus revenue could be expected throughout the life of this project. Meaning the first year of the project could rely on reserve funding and surplus revenue, after which an increase to the tower budget tax levy would be required to support this project in its entirety. The levy amount each year would depend on actual expenses and revenues and would vary,” Card told councillors.

Card also presented a scaled back option B, for an overall project cost of about $3 million. Deputy mayor Liz Danielsen said she was “shocked” by the price of things, including $400,000 to paint the tower. She added it was a recreational project when the township has other, more practical needs. However, she said “we do have to spend money at the tower. It’s our biggest draw.”

As for options, Danielsen said if they’re applying, they should go all the way. “I’m a go big, or go home.” While the money is “scary,” she added “it’s an opportunity for us that we likely won’t have again.”

Coun. Julia Shortreed said the tower is now known as one the of the best places in Ontario to see fall leaves and traffic is just going to increase. She noted the work had to be done eventually and it would be nice to do it with a big portion of grant money.

Moffatt said they had a head start with reserves, so the project was “not such a big elephant to eat as it looks on the page. We’re clearly hearing A. The council is being courageous,” Moffatt said. “It’s a big bite contained in a big opportunity.”