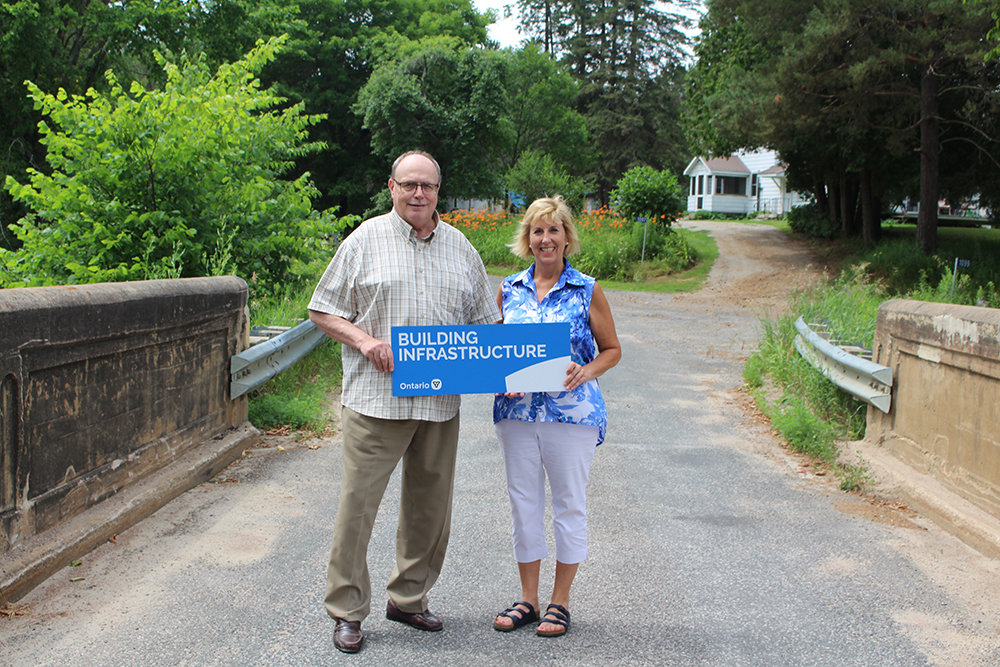 The decaying South Wilberforce Road bridge in Highlands East is getting a $468,553 funding boost from the province to help upgrade it.

The province announced July 19 it is helping to pay for the $1.4 million project to fix the bridge. The municipality wants to use the money to rebuild the bridge and expand it from one to two lanes.

The province is also nominating it for an $843,480 federal grant under the Investing in Canada Infrastructure Program (ICIP).

Minden Hills roads superintendent Travis Wilson said, if approved, the feds would cover half the cost, the province a third and the township about 17 per cent.

So far, 144 projects have been nominated provincewide. The federal government will review the projects and make final funding decisions.

“This project means an awful lot to Highlands East,” he said. “Without the funding, it’d be almost impossible for us to do it. It’d have to be a direct impact to our ratepayers”

The $30 billion program features a stream dedicated for rural and northern communities, with the provincial and federal governments paying the brunt of project costs. If the bridge gets federal approval, the municipality will only contribute $93,767.

Haliburton-Kawartha Lakes-Brock MPP Laurie Scott said there is unlikely to be any issues getting
federal approval.

“I’m very positive,” Scott said. “Usually at this point, it’s been quite vetted, pretty much everything’s been answered.”

It is the same program which the County of Haliburton applied to for the $2.2 million Hawk Lake Road bridge project in Algonquin Highlands.

The province also announced it would fund that bridge for $750,857 June 1, but the project still awaits confirmation of federal dollars.

Former Highlands East councillor Joan Barton is one of approximately 20 people who live on South Wilberforce Road. She welcomed the funding for the project.

“It enhances our road in general to be well maintained, to be a road that’s well serviced and doesn’t have a bridge that makes people nervous,” Barton said.

“We’re continuing to work with municipalities, families and businesses to make smart investments in our infrastructure and keep it reliable,” Scott said.