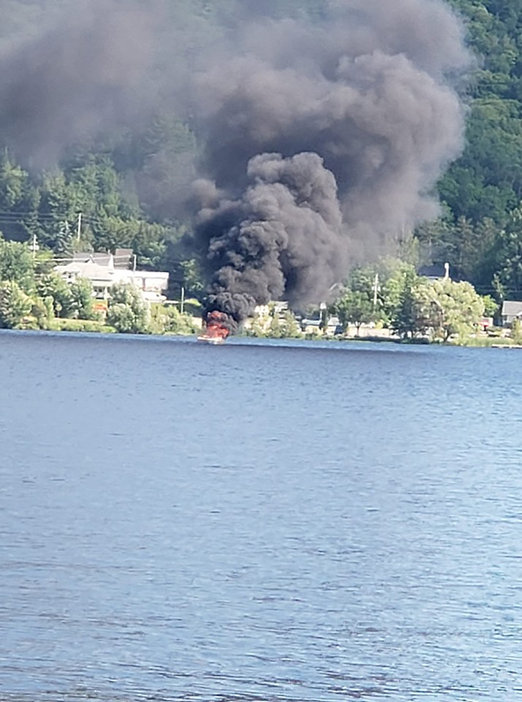 Firefighters responded to the call using a fire department boat, chief Mike Iles said. They extinguished the blaze using fire extinguishers and a portable water pump. Firefighters then pulled the burnt boat to shore before it could sink.

Iles said the department had to adapt on the fly, but the call was handled very well overall.

“It was a unique call we don’t see,” Iles said. “We had to improvise and the fire department worked extremely well to implement a safe attack.”

Iles said it was not a situation firefighters had specifically trained for. He added he had only seen one or two boat fires in 25 years of service, but those were on docks.

“We’ve never had one where we’ve had to physically access and extinguish on open water.” There were no injuries in the incident. People were rescued from the boat, but the cause of the fire is unknown. “

Gentleman had been out boating for a while, but no idea what caused the fire,” Iles said. The situation required the Ministry of Environment, Conservation and Parks to be notified, he said. The ministry in turn notified the coast guard. OPP also responded to the scene.

“All the necessary ministries have been involved and approved of our approach,” Iles said. Floating booms were used to contain any oil and gas spill from the incident, he added.

“Spill kits have been put in place to absorb any oil or gas that may have entered the water,” the department said.