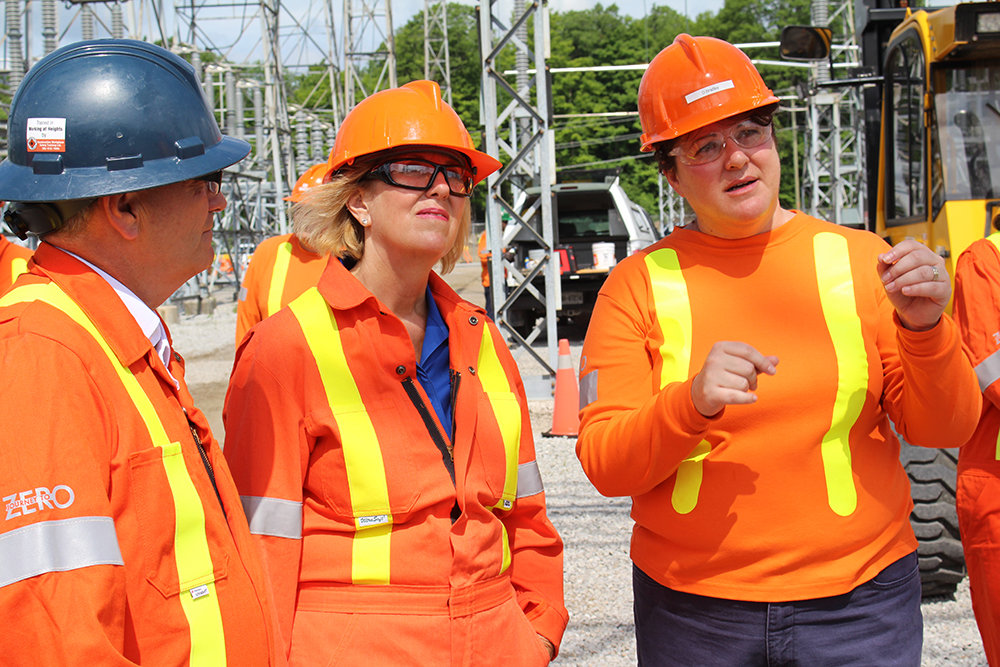 From the ashes of a destructive fire at the Minden Transmission Station, Hydro One began a massive rebuild July 17 with a $33 million investment to modernize the facility.

Hydro One is installing two new transformers to improve the station’s capacity and reliability. The upgrade was delayed after a storm-caused fire July 26, 2018, which dealt significant damage to a transformer. The fire resulted in an hours-long power outage to approximately 20,000 homes.

Dignitaries were on hand to break ground on the expansion. Minden Hills Mayor Brent Devolin reflected on the station fire and initial fears of a longer-term outage.

“Electricity and the power of Ontario is one of those things we take for granted,” Devolin said. “It’s wonderful to be here today to see a re-investment in the assets to provide energy for all of us in this part of Ontario.”

Devolin complimented Hydro One for the trust and co-operation between it and first responders in handling the fire nearly one year ago.

The development also include new grid modernization equipment, which is expected to reduce outage durations and decrease the number of customers impacted during an outage. New devices are also being added to enable more remote control and monitoring at the facility.

Project manager Josh Brown said the new transformers are a big upgrade on the older ones in Minden, built in the 1950s.

“They have a much higher capacity, more safety features in place than this one,” Brown said.

Acting chief operating officer Darlene Bradley said the station’s capacity will be significantly larger and be able to handle the area’s growth for the foreseeable future.

“Hydro One will be able to make the permanent upgrades the community is counting on to replace aging infrastructure and build a safe and reliable power supply for years to come,” she said.

“It’s a huge investment to our whole community,” Haliburton-Kawartha Lakes-Brock MPP Laurie Scott said. “I want to thank Hydro One immensely for the investment, for the dedication of all your workers and your team to our whole area.”

Hydro One expects to complete the project by March 2021, with elements coming online throughout the process.