As the years have rolled on, Willie and Jack Cox have never stopped their tradition of competing at the Ontario 55+ Summer Games.

The couple have participated in them for more than 20 years, most recently taking part in the Haliburton/Muskoka District summer games underway May 2 to June 20. Willie, 85 and Jack, 88, have played together every step of the way, racking up a long list of awards and titles at both the provincial and national levels.

The elder Cox said for them, the event is successful in doing what it is designed for.

“The model of the senior games is to stay active physically and mentally and the games are designed to help do that,” Cox said. “I feel very fortunate to be able to do this at my age.”

The pair have continued a run of success this year. In the early rounds of competition, they qualified for June’s regional finals in euchre and bid euchre.

They also plan to compete in the walking event in Haliburton June 5.

Willie Cox credited their card game success to both practice and a little luck.

The couple is no stranger to success. They said they have competed nationally at least five times, including a second place finish in bridge in 1998. The pair have also earned awards at the winter version of the competition, participating in events such as skiing and Nordic walking.

Jack Cox said although it is nice to win, it is not the be-all and end-all of participating.

“It’s just another game to me,” he said. “I don’t feel better than anybody else.”  It is the social aspect of the sporting event that’s the biggest appeal, Willie Cox said.  “The people we meet, the friendships we’ve made … people are just so good.”

OSGA 55+ Haliburton/Muskoka media relations Bev Kerr said the spirit of camaraderie is on full display when the games are underway.

“I looked around the room (May 6) at the Minden Legion to see 44 people talking, laughing and enjoying playing euchre,” she said. “The Ontario Senior Games 55+ is about active living, meeting new people and having fun.”

The pair is driven to keep playing for their physical and mental wellbeing.

“I’m just happy we’re well enough to compete,” Willie said. “Our age is not getting any younger.”

Charges after vehicle crashes into business 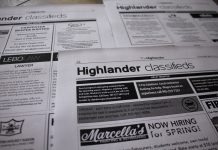 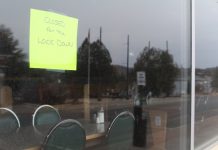