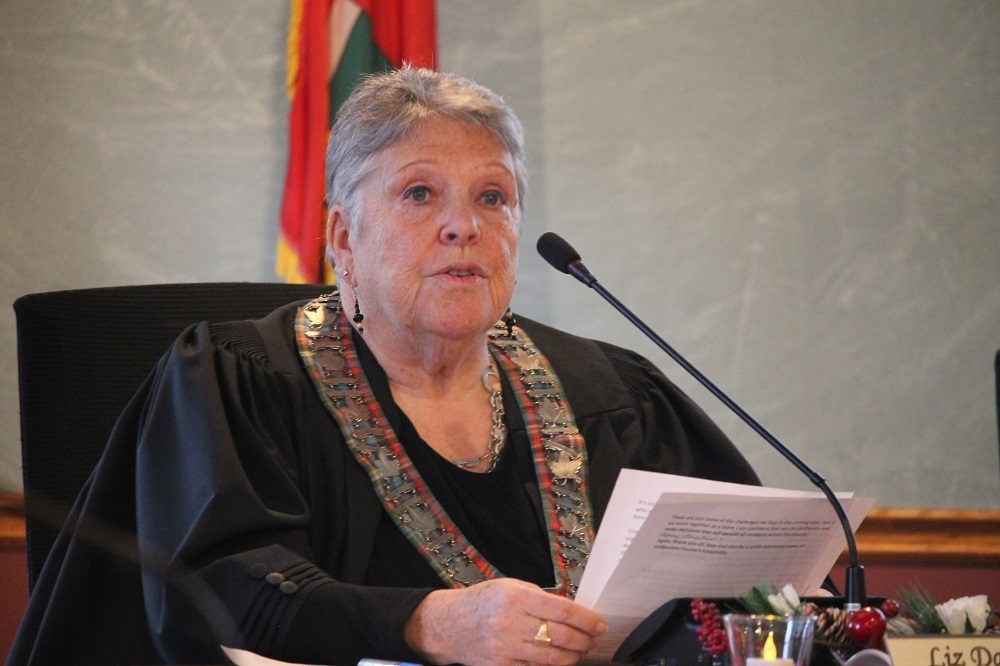 Algonquin Highlands mayor Liz Danielsen expressed frustration over the Ontario government pushing through its More Homes Built Faster Act (Bill 23), saying the new legislation could be catastrophic for the Highlands’ environment and ecosystems.

Premier Doug Ford has called the bill a necessity as the provincial government works to follow through on its promise to oversee the construction of 1.5 million new homes in Ontario by 2031.

Some of the key features of Bill 23 include reducing developer charges, allowing more liveable units on one residential lot, and introducing programs promoting modular homes and rent-to-own properties.

The new legislation would allow up to three residential units, including basement apartments and garden houses, on one lot without needing any municipal bylaw amendments. These new units would also be exempt from development charges.

The province is also proposing to freeze, reduce and exempt fees for new builds. New affordable and non-profit housing builds would also be exempt from various charges.

“It’s unfortunate the bill has been passed because there are lots of concerns that have been raised. A lot of townships and activist groups are calling for changes… but our government does not seem to be too inclined to pay a lot of attention to what other people think,” Danielsen said.

In a report to council, township planner Sean O’Callaghan outlined some of the potential implications of Bill 23. He said the proposed changes would have a “direct negative impact” on the natural environment in Algonquin Highlands.

“The changes will weaken the protection of wetlands and natural heritage features at a time when we should be doing the opposite,” O’Callaghan wrote. “The importance of Ontario’s natural heritage cannot be understated. These environmental features play a significant role in mitigating storm water runoff, flood water retention and act as an important carbon sink.

“The government’s proposal to allow a developer to ‘pay to slay’ natural heritage features through the proposed offsetting policy to promote a net positive impact will undoubtedly result in an overall negative impact. These features are irreplaceable and cannot be simply moved or reconstructed in a more convenient location to accommodate development,” he added.

“It’s still important for our voices to be heard loud and clear on issues that are as important as this,” she said.

“With the upcoming holiday season, many families and friends will gather to celebrate, enjoy festivities, and continue traditions that may have been missed during the COVID19 pandemic. However, the fall respiratory season has brought a significant increase in emergency department visits from residents with flu-like symptoms, and with young children especially at risk of developing more severe illness, residents are strongly encouraged to remain extra vigilant when making holiday plans this year,” Dr. Bocking said.

Her tips included: staying up to date with vaccinations, including a COVID-19 booster and flu shot; staying home if you feel sick, even if symptoms are considered mild; wearing a mask in crowded indoor places, such as shopping centres, private holiday parties and gatherings; always practising good hand hygiene and regularly disinfect surfaces; finding other meaningful ways to connect, such as virtual chats, phone calls or outdoor visits for people who may feel uncomfortable gathering indoors.

There are many ways to get a COVID-19 booster and/or flu shot before the holiday season. For more information on eligibility and booking an appointment, visit hkpr.on.ca.