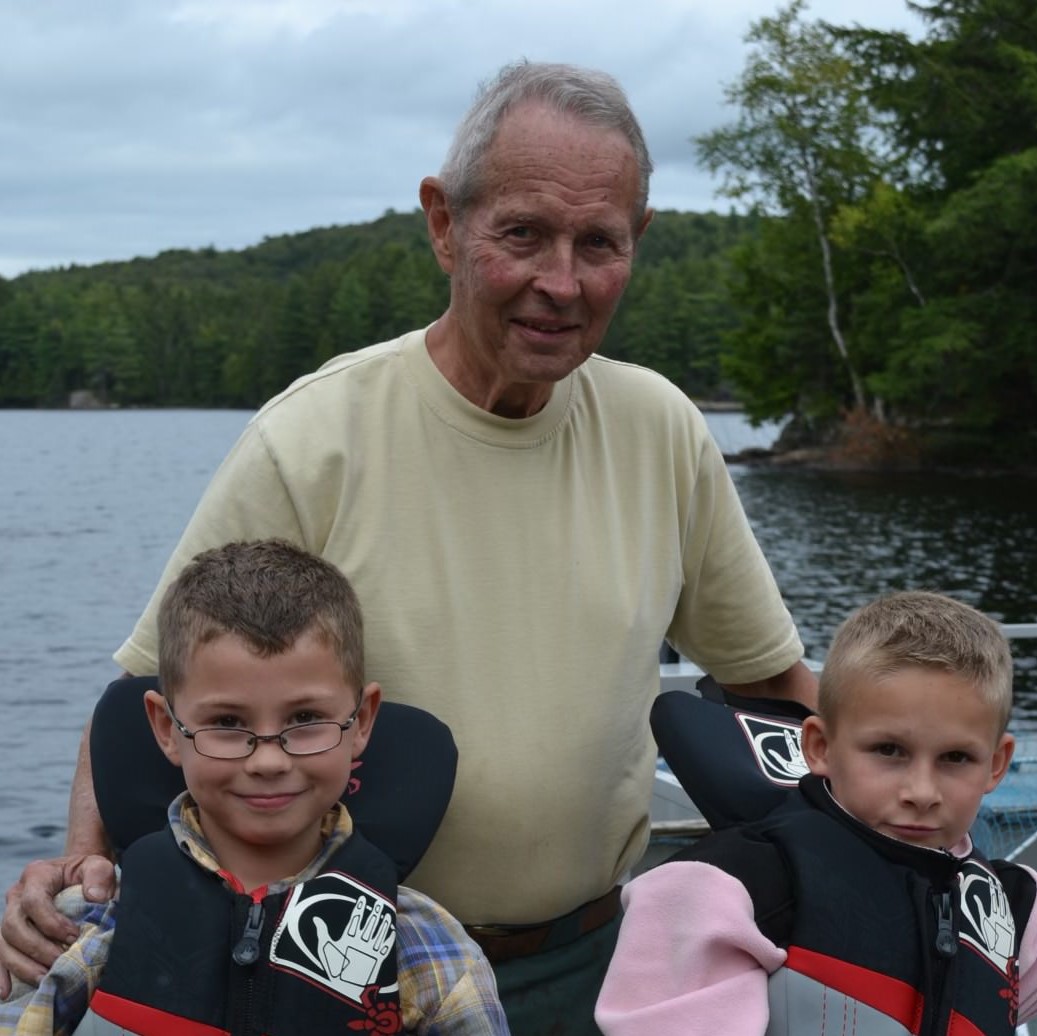 As one of the most influential people in the Highlands over the past 60 years, Curry Bishop’s fingerprints can be found across all four corners of Haliburton County.

Whether through his work as a land surveyor, his passion for developing property or his half century-plus commitment to various public causes, Bishop played a pivotal role in shaping the County. On Nov. 21, Bishop passed away at the age of 91.

Hundreds attended a celebration of his life at Sir Sam’s Ski/Ride Nov. 30. “Dad was one of a kind,” son, Greg Bishop, told The Highlander. “He got involved in so many things around town.

His legacy is one that is shared by many from his generation – they were doers, who made a difference. They helped build and develop this whole area.”

Born in Niagara-on-the-Lake in September 1931, Bishop was a boy when his family relocated to Haliburton in 1940.

They moved in with his grandfather, W.R. Curry, after his dad, Harry Bishop, enlisted in the war effort. Curry had a huge influence on Bishop’s life, passing down a ferocious work ethic that Greg said was unmatched.

In his 20s, he earned a degree in civil engineering from the University of Toronto, taught math at Haliburton Highlands Secondary School, worked for consulting firm Marshall Macklin Monaghan in northern Quebec, and eventually settled in Haliburton, purchasing FT Webster’s surveying business. He married Aldyth Sisson, and had his first daughter, Deb. He later had daughter, Shirley. “My favourite thing about my dad was his sense of adventure. We enjoyed a lot of them (adventures) over the years,” Deb Bishop said. He loved being outdoors, with hunting his favourite pastime.

Deb would accompany her dad on hunts, appreciating the time they got to spend together. Owning property on North Lake, the family would hike regularly, and enjoyed snowmobiling and ice fishing.

Remembering one of her dad’s quirks, Deb recalled being regularly dragged out in the family vehicle on cold winter nights for what they thought was an exciting reason. “He’d say ‘we’re going to see a man about a dog’. We’d head out, drive for a while and then, after he parked, he’d pull out his survey equipment.

A lot of times he’d be out there for an hour, and we’d lose sight of him. When he came back, he’d say ‘oh, the man doesn’t have any dogs today,” she said. Some of the best memories involve family trips south of the border, to properties the Bishops owned in Florida and Arizona.

Later in life, Deb would bond with her dad over their shared love for dancing.

Mayor Murray Fearrey knew Curry well, working with him on Dysart et al council in the 1990s. Elected as deputy reeve in 1992, Bishop served a single term in office, taking over as reeve after incumbent Chris Hodgson became the riding’s MPP in 1994. “He was thrifty, certainly very concerned about municipal finances and taxpayers’ dollars,” Fearrey said.

To his Rotary family, Curry was always seen as “Mr. Reliable.” “He was kind of like the elder statesman of Rotary,” said club president Ursula Devolin. “He had 56 years of perfect attendance and was our longest serving member… it’s going to be strange going back for regular meetings and knowing Curry won’t be there for a visit.” He maintained an active role in various initiatives, such as the annual car draw.

Curry would sell upwards of 1,000 tickets alone, with Devolin saying many area residents refused to buy tickets from anyone else.

Almost all of Greg’s favourite memories with his dad came while they were out in the bush, chasing down a kill.

“We had our best days together while out hunting… we had one special moment a few years ago, when he was 85. He wanted to score himself a big buck, and so we all came together to try and get him set up and sure enough, he got himself an eight-point buck,” Greg said. “I still remember that because he said ‘I’ll never shoot anything again. I’ll never hunt again.’ It was nice that I got to share that with him.”