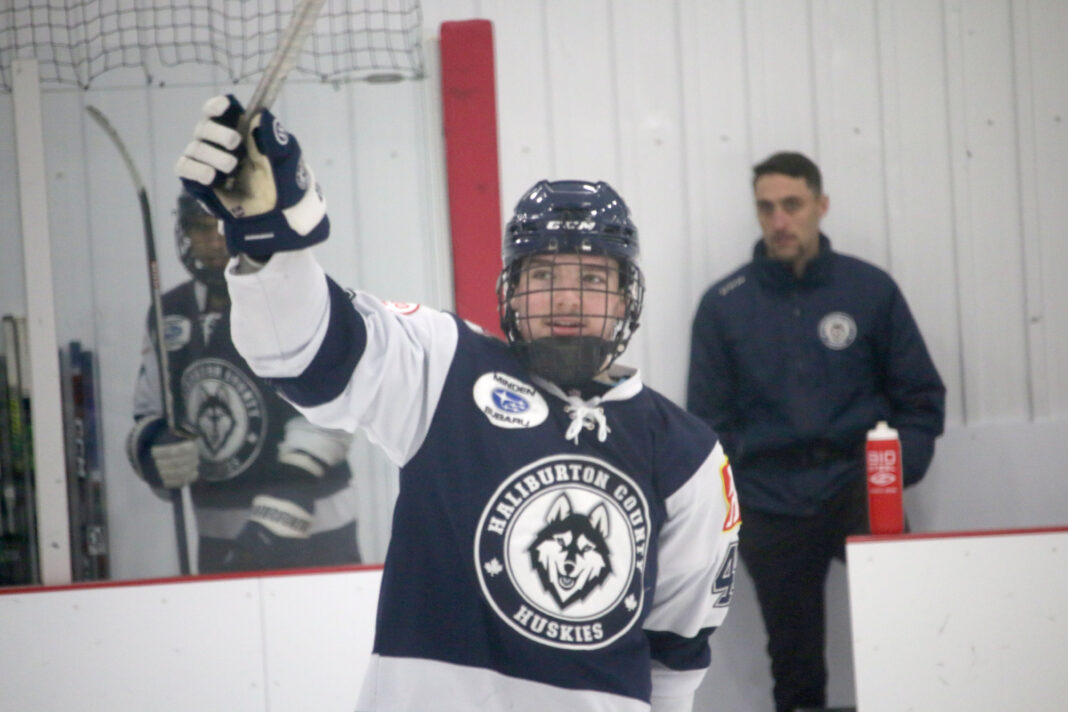 After spending last season and the early stages of this one as a big fish in a small Muskies pond in Lindsay, 20-year-old forward Boyd Stahlbaum took a chance on himself when pursuing a potential trade to the Haliburton County Huskies last month.

Kicking the season off with 27 points in 17 games with the Muskies, Stahlbaum was a hot commodity across the OJHL. After being encouraged by his coach in Lindsay, Brendan O’Grady, to chase a championship in his junior hockey swansong, Stahlbaum said the decision to move north was an easy one.

The Huskies officially acquired him Oct. 27, sending Myles Perry to the Milton Menace to open a max-age roster spot. “I was born in Lindsay and have lived most of my life in Peterborough, so I’m familiar with Haliburton County. That appealed to me. I wanted to still be close to family and friends,” Stahlbaum said.

“After I talked to Ryan (Huskies coach Ryan Ramsay) and figured out how I would fit in, I was sold. I see this as the perfect opportunity to come into a team that’s already doing well and try to help, while also elevating my game.” Stahlbaum admits it was a strange position to be in. He loved his time as a Muskie and appreciated his old coach for taking a chance on him when nobody else would.

That’s been a pattern through the young forward’s short career. He grew up playing AA in Peterborough. He tried out for the AAA team three straight years but was cut. Undeterred, he attended training camp again where, as a 15-year-old, he finally broke into the Peterborough Pete’s AAA team.

He played two seasons of AAA before making his OJHL debut with the Stoufville Spirit in early 2020. When the pandemic hit, Stahlbaum figured he’d have to hang his skates up for a few weeks while things blew over. It was 18 months before he laced them up again for a game. “It had a big impact, not being able to play for that long. I think I would be a much better player at this point if I hadn’t lost over a year of hockey,” Stahlbaum said.

He’s making up for lost time. A key cog within the Huskies’ forward corps, Stahlbaum said he’s all-in on fighting to bring a championship to Haliburton County in the spring.

He’s hoping his performance catches the eye of schools south of the border, noting it’s his dream to earn a division 1 NCAA scholarship.

Ramsay has been impressed with Stahlbaum’s early work in the Highlands, where he’s put up 11 points in eight games.

The left-shot sniper said it’s been an easy transition getting up to speed with Huskies hockey. “I couldn’t have asked for a better introduction. The guys in the locker room were very welcoming, the coaching staff have done a good job preparing me, and the fans have been great,” Stahlbaum said. “I love it here so far… this is the perfect place for me.” 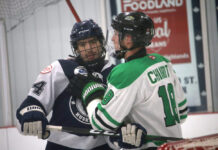 Huskies get a lesson in weekend losses