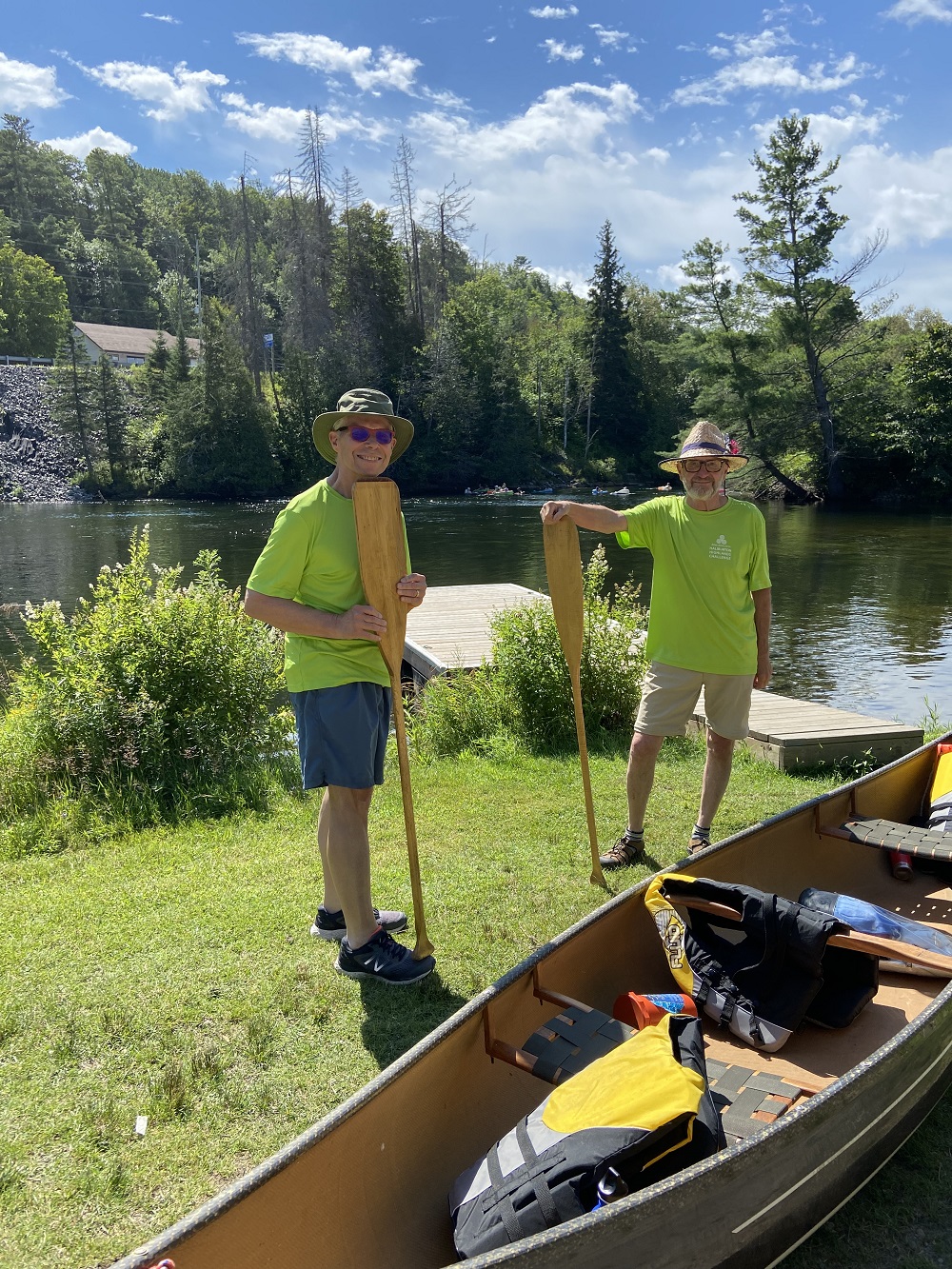 The Abbey Retreat Centre (ARC) in Dysart is living proof that if you build it, people will come.

Since opening its doors in 2017, ARC has assisted hundreds of cancer patients and their caregivers through their cancer journeys, offering free programming to support people on their path to healing, recovery and acceptance.

This year, the organization has expanded its offerings. The number of in-person retreats has doubled, now being offered monthly. Online programming has become a key feature, with executive director Barb SmithMorrison saying it has allowed the retreat’s expansive list of facilitators to help more people, in Haliburton County and beyond.

She shared several success stories at a celebration Sept. 18, honouring those who participated in ARC’s summertime Highlands Health Challenge fundraiser. Running until the end of this month, the drive has raised $56,000.

“Fundraising is critical to everything we do at ARC. To be able to offer more programs, we need more money since we don’t charge people for our services,” Smith-Morrison said. “We think it’s important that we run our programs barrier-free… People with a cancer diagnosis are already going through so much without also having to worry about paying for supports that can really benefit them.”

The cost for one person to attend a four-day retreat is approximately $1,700. Due to the pandemic, ARC decided to limit the number of attendees to eight people per retreat, down from 12. Smith-Morrison expects those limits, as well as mandates requiring attendees to wear masks, will remain in place for some time.

That decision, coupled with a “significant increase” in demand over the past year, necessitated the move to monthly retreats, Smith-Morrison said.

“Our waitlist is pretty significant, over 100 people,” she said. “We prioritize local and seasonal residents, and then those who are living with an advanced cancer diagnosis, but because we’re so unique we have people coming to us from all over the country. We have applications from people from Halifax, Quebec and Alberta.”

County resident Bob Stiles can attest to the quality of programming offered through ARC. He attended an in-person retreat in 2019 after being diagnosed with non-Hodgkins Lymphoma, and said the experience was “life changing” for he and wife, Arlene. He has volunteered with ARC ever since.

Over the summer, he and friend, Greg Roe, canoed five lakes in the County, raising more than $7,000 for the challenge. Stiles had hoped to attend the celebration but had a prior engagement.

Max Ward was there. A cancer survivor, Ward participated in one of ARC’s online retreats in the spring.

“I experienced first-hand the wonderful work ARC does. I felt supported, cared for and valued for my contributions. I made connections with people on their cancer journey, and I felt the other participants somehow understood me in a way not even my own family could,” Ward said. “I’m motivated for others to share that caring and supportive experience I did.”

While programs through the remainder of 2022 are largely booked, Smith-Morrison said there are plans to run both four-week and seven-week virtual sessions in the new year, as well as monthly healing circles.

“We’ve overseen a bit of an expansion heading into this new year, and I think it’s important that ARC continues to grow. Our retreats, online and in-person, are making a real difference for people who have kind of hit a brick wall and don’t know where to turn. We want to continue being there for them and building our services and programs even more,” Smith-Morrison said.