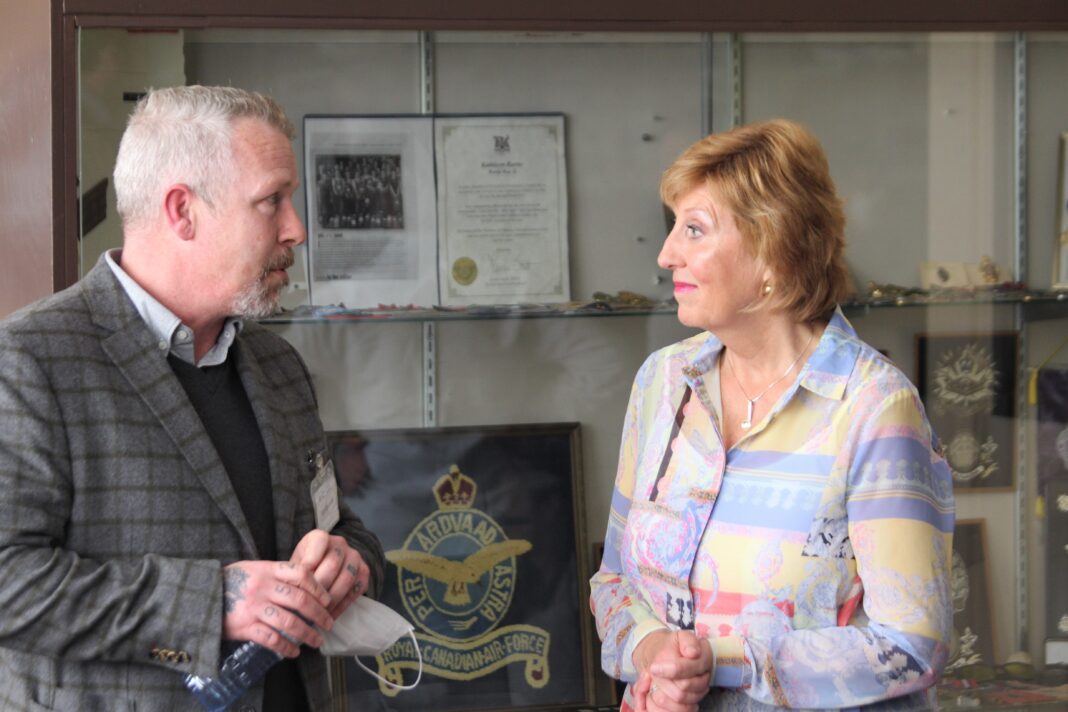 The Haliburton Highlands Chamber of Commerce is calling on federal, provincial and municipal governments to provide “a crisis response” to an ongoing housing shortage in the Highlands. The chamber issued a media release Sept. 23, saying, “delaying, denying, or not utilizing all available resources to address this issue should now come with an acknowledgment that these negative impacts continue to worsen.”

Chamber executive director Robert Gaudette acknowledged in an interview with The Highlander the crisis is not new, however, a myriad of factors warranted the chamber’s urgent call to action. He added it has to be a municipal election issue with voters going to the polls Oct. 24.

Gaudette said businesses impacted by COVID-19 were hopeful of rebounding this summer. However, many had a hard time finding employees due to a lack of housing. He said owners had to work extra hours or reduce their businesses’ hours of operation.

So, while many businesses rely on their summer earnings to get them through leaner seasons, that isn’t the case this year. “It’s a different world that requires a willingness to change the way and the speed at which things are done.

This is about neighbours and friends who are under incredible stress that need to be prioritized in the decision-making and planning processes.” Gaudette said.

Mark Bell, president of the board of directors, added, “there are long-term implications … including the collateral effects of a reduction in the availability of products and services, a reduced capacity to serve the tourism needs of visitors, stress-related physical and mental health impacts, strategic reduction in the reliance on staff in investment and business modelling, and a reduction in the ability to attract new business and investment into the community.”

Asked for examples of what can be done, the chamber said incentivization and reducing red tape.

Gaudette added in the interview the business community wants concrete plans that will see shovels in the ground. “We need to see some movement in terms of planning, or using exceptional measures, or temporary solutions, and throwing everything we can at it,” Gaudette said. He added the chamber isn’t seeing anything, for example, that would allow for a tiny home program.

“Let’s identify what are the barriers to us being able to go out and build,” he said. As for the chamber, he said they are investigating options, such as temporary housing for workers and prefabricated housing.

Christine Sharp is a real estate agent frustrated by “outdated” municipal rules she feels are barriers to housing. “Why can’t land be severed more than two to three times from an original 100-acre parcel? If your lot size is one acre, why can’t you have more than one principal residence for your son or daughter or mother or father to have their own home? Why can’t we grant a licence to have a trailer on a lot that someone can live in for a period of time until they get their feet on the ground?” she asked. “These are not decisions for politicians to make. These are our decisions … the communities’ decisions. We have an opportunity here and unless we address them with our elected officials and speak up with solutions, decisions will be made and rules will be put in place that may not be beneficial to the human beings that make up and grow our communities.”

“Mobile tiny homes would be defined as a trailer under our zoning bylaw and would not be permitted,” he said.

Further, “a traditional home constructed on a permanent foundation with a proposed lesser footprint than what is permitted within the zoning bylaw would require a minor variance”. “A tiny community would most likely require an official plan amendment and zoning bylaw amendment for the specific proposal to address matters of access, servicing, lot size requirements, frontage on a publicly maintained road,” he said.

Since Algonquin Highlands does not have a municipal water or sewer system, any future development there must be serviced by private septic and well. Meanwhile, Dysart et al planner, Jeff Iles, said the minimum dwelling unit area there is approximately 600 square feet for all zones. “

Anything less would require planning approval.” Highlands East and Minden Hills did not respond to emails.

Minden Hills councillor, and soon-tobe mayor, Bob Carter has been on the township’s housing task force, and the boards of the KLH Housing Corp. and Habitat for Humanity. He agrees municipalities can do more to promote housing development. For example, four sets of regulations among four municipalities, “is always going to cause difficulties.” He said it is one of the first things the County’s service delivery review has to change. However, he said policy changes do not build more houses.

Carter said the province has to alter its own planning act to help townships. But he said municipalities can look at things such as reducing minimum lot frontages, “to allow three homes where maybe in the past only two were permitted. The important thing is rewriting the strategic plan that’s going to determine your growth and so on and so forth.”

Carter said historic planning documents are not always well thought out. “We’re living with, to a certain extent, the sins of our grandfathers … things that were done in a certain way without any real regard for the future.”

He added other barriers to housing now include the cost of land, sewer and water, materials and labour. In public housing, he said it can cost $375,000 to $400,000 to build a unit, so they are not building as much as, “it’s almost impossible to build something that is in that definition of affordable”.

“So, to a certain extent, the things that are happening at the government level, municipal, and County governments, are not the roadblocks,” he said.

As for a solution to the labour shortage caused by a lack of affordable housing, Carter said he worked in the mining industry for years and the first thing they did in building remote mines was creating a camp for workers.

He said it’s “doable” here. As for more longer-term solutions, Carter cited continued incentives for things such as secondary suites. He said the days of organizations such as Habitat for Humanity or Places for People building single dwellings are also over, with the need for multiple-unit condos to better meet the demand. The other big barrier is finding affordable, serviced land close to the County’s hamlets.

Carter said he’d like to see more models such as the Hunter Creek Estates south of Minden. Carter acknowledged there are no easy answers, but it is important for the community to talk about possible solutions, including municipalities getting into the housing game more seriously. “These are some fundamental questions that we have to answer as a community. What is it we can do to allow us to have that future growth?

How much does government get involved? It is definitely time to have that discussion. I don’t disagree that we need to be coming up with some answers right now.”

Doctor part of ‘quite inspiring puzzle’

Minden Transmission Station getting powered up