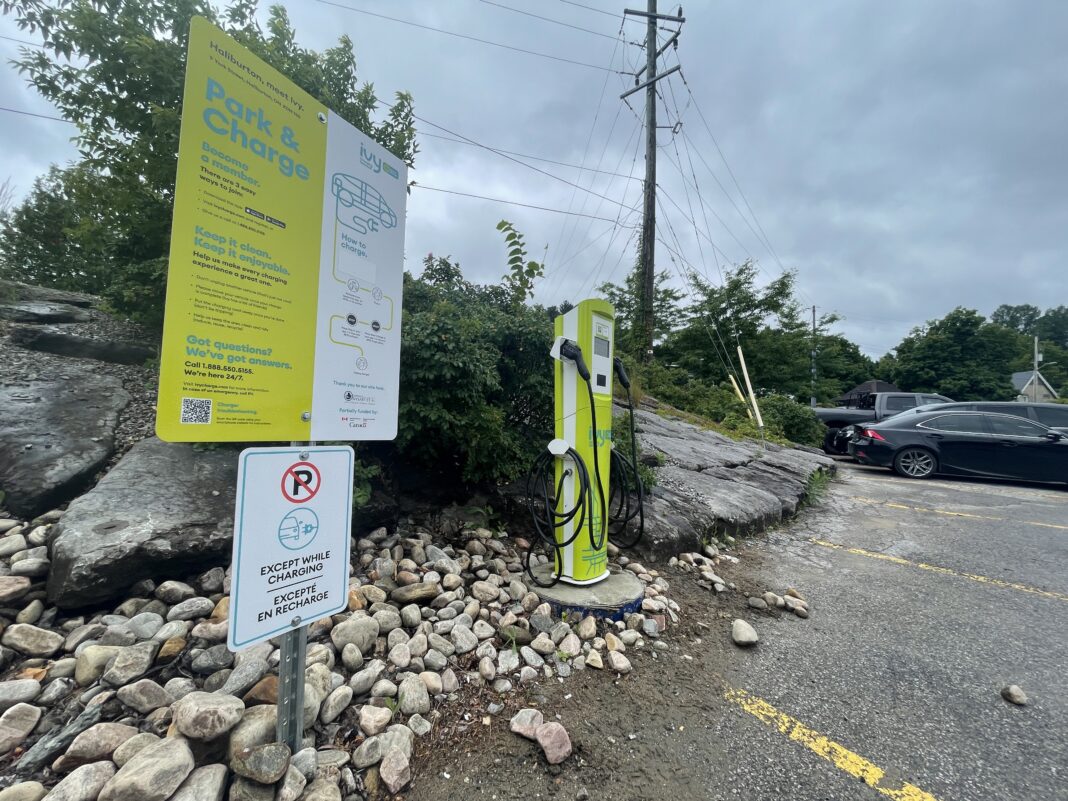 Some of Haliburton County’s highly-touted electric vehicle charging stations have hit a speed bump. At a July 20 County council meeting, it was revealed that two stations at the Haliburton Welcome Centre and one at the Minden township offices were not working and others are experiencing a lack of required juice.

During a discussion on results of a recent climate action survey, Dysart et al mayor Andrea Roberts referred to questions about purchasing electric vehicles and barriers to buying them. “As a County we undertook, and the four local municipalities, to partner with a business to have electric vehicle charging stations and … Minden and Dysart’s aren’t working,” she said.

Roberts added she knew there were reasons behind the problems, “but it’s really hard to get something like this off of the ground when we know there’s a desire for (electric vehicles and charging stations). So, I think we need reliable charging areas. Not everybody can do that at home.”

It might make sense to encourage businesses, such as grocery stores and car dealerships, to install them, she added.

Roberts said climate change coordinator, Korey McKay, and director of planning, Steve Stone, were aware of the problem and looking into it. However, “It’s been frustrating. It’s been over two months. We’re into the peak of summer and getting complaints. We have this lovely green standing thing by our welcome centre and it doesn’t work. So, we need reliable charging stations.”

She said she personally doesn’t know if she would buy an electric vehicle because she is not confident about how reliable charging options are.

Warden Liz Danielsen commented that the ones that do work, “didn’t have the level of flow. It took an extraordinarily long time for someone to charge their vehicles … so yes, we need to do some followup on that.”

Stone said he and McKay were trying to find solutions “sooner rather than later”.

McKay added, “what we’re waiting on is the delivery of parts, or that’s what the service provider is waiting on. So, very unfortunate timing with supply chain issues. But we’re on top of that and it will be resolved as soon as parts can be delivered. Their team will be deployed to fix the stations.”

She told The Highlander the Haliburton station has been down for two months and one of the two stations in Minden for a month.

Last year, Dysart, Highlands East, Minden Hills and Algonquin Highlands opted to join a federallyfunded program from Ontario Power Generation and Hydro One – known as The Ivy Charging Network – instead of owning the stations at a municipal level.

This meant the companies own the charging stations, with no up-front municipal cost, but an annual service fee between $2,500-$4,000 depending on the site.

McKay said the townships that have experienced outages have received a refund on a portion of the annual fee based on the amount of time the stations have been offline.

All up, there are five, level two charging stations across the County with 10 spots to plug in, including the township office in Algonquin Highlands, the Keith Tallman Memorial Arena in Wilberforce, the Minden Hills township office and the Welcome Centre in Haliburton.

A spokesperson for the Ivy Charging Network said on July 26, “we sincerely apologize to EV drivers in Haliburton and Minden where two chargers have been out of service since May 23 and June 16 respectively.”

They anticipate the charger in Minden will be available by the end of this week (it is now fixed) and they are continuing to explore all options for repairs at the Haliburton Welcome Centre. “To help acknowledge the inconvenience experienced by residents, free charging will be available at our Algonquin Highlands and Tory Hill locations as well as the operational charger in Minden from July 27 until Oct. 10.”

The spokesperson added once the affected charger at the Minden township office and Haliburton Welcome Centre have been repaired, they will also offer free changing at these locations until Oct. 10. 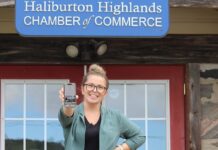