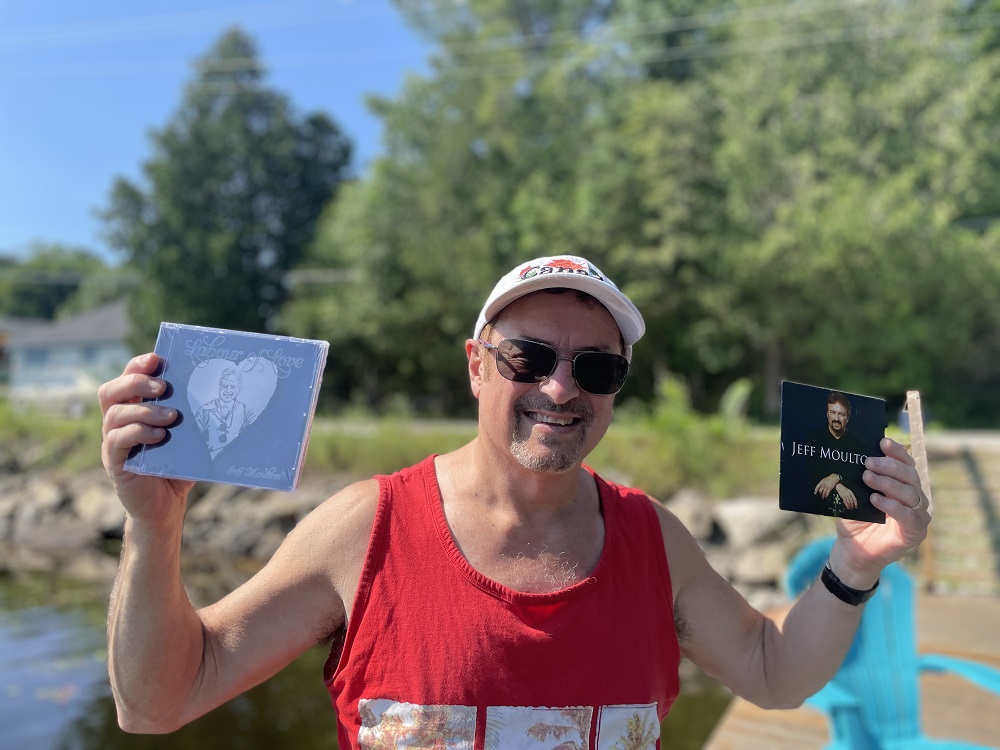 For years, Jeff Moulton has been playing covers and original tunes across Haliburton County, but never released an LP. With Labour of Love, out July 22, Moulton cranks up the volume on 10 songs about love, betrayal and even playing darts in the rain.

“I’m excited about it,” Moulton said. ‘It felt like the time was right.”

“A lot of the songs have been on the shelf for a long time. A lot have been around since the 90s,” he said.

Richard Joudrey of the Salt Cellars engineered the album and performed drums, bass, as well as some of the keyboard and guitar parts.

“Kudos to him for a great job on the production of the album,” Moulton said.

Some songs were written by his brother-in-law, who has passed away, for a band back in the 80s.

“I thought he had great songs but they never saw the light of day,” Moulton said.

So, the meaning behind songs such as “Maxine,” about a woman who is cheating on her partner, remain a mystery.

“I don’t know who she is,” Moulton said.

While he usually plays on stage alone, Moulton’s album provides him the backing of a full band.

That means his original tunes such as Girl Like You are supercharged with arena-rock hooks coupled with chugging electric guitar riffs.

He said some songs, such as Give us a Peaceful World are inspired by current events including COVID-19 and political unrest.

Other songs like Chilling Out hit home in cottage country, Moulton said.

“It’s a very laid-back summer good time kind of song. It’s really closest to this area. It’s talking about chilling out on your dock and enjoying life.”

Moulton continued practicing and working on his music throughout pandemic lockdowns.

“That’s where the refining of the songs came from. Even though the songs were written a long time ago, I re-recorded them on my computer to see what I could do with them.”

Once the final tracks were ready, Elyse Perry, Moulton’s niece, drew the picture of him for the cover, and local artist, Scott Walling, finished the design and added the title font.

Moulton will have CDs for sale at upcoming concerts, and the album is available to stream on all major streaming platforms. Bundled with the new CD is a previously-released selftitled EP.

He’ll be playing next at the Gooderham Music Festival July 30.

Hopping in to explore the arts at Frog Hollow