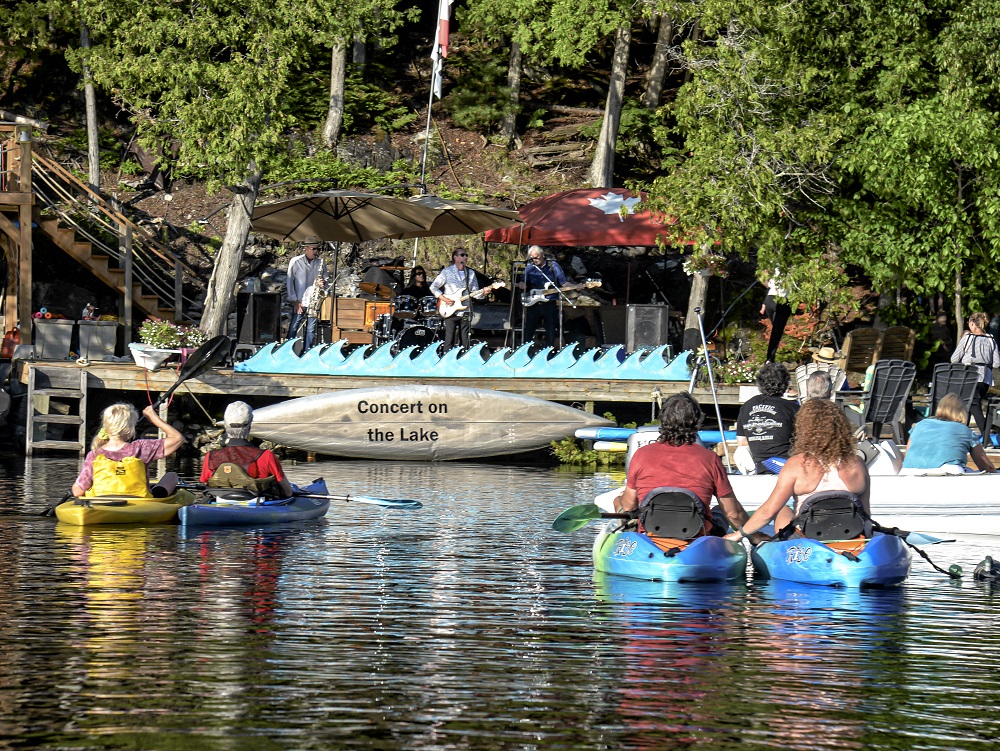 Fans of American music icon Bob Dylan will be blowin’ in the wind on Salerno Lake this Saturday evening for the 13th annual Concert on the Lake.

This year’s event will feature the Juno award-winning Paul James Band, who will perform their popular ‘Bob Dylan Tribute’ show. Organizer Doug Rodgers said this was a marquee moment for the concert series, saying the quality of the show will be unlike anything seen on Salerno Lake before.

“I’m a huge Bob Dylan guy, so I’m unbelievably excited for this show. But even if you’re not big on Dylan, Paul just has this aura around him. He’s an incredible performer. This is going to be a treat for anyone in attendance,” Rodgers said. “There will be lots of singing, but Paul is a fantastic storyteller too. And boy, does he have some stories to tell.”

Having attended a version of the show in Toronto last year, Rodgers said he was blown away by the experience, with James recounting several tales of times he’d bumped into, and played, with Dylan.

“He tells one story of how he and his band were playing in Nags Head, North Carolina in 1986 when Dylan arrived one night and asked to sit in [and play]. Of course, Paul agreed and Dylan asked to be introduced as a hitchhiker from Vancouver,” Rodgers said. “They have met up and played together on many different occasions since then. Whenever Dylan comes to Toronto, he always contacts Paul.”

Rodgers said an ensemble of Dylan’s greatest hits will be belted out on the night, including Like a Rolling Stone, Tangled Up in Blue, and You’re a Big Girl Now. He’s calling the event ‘Dylan on the Dock!’.

Concert on the Lake is a unique event in that it can only be accessed by water. The band will be setting up on a private dock (Brown’s dock) in the narrows, with attendees encouraged to park their boats, kayaks or canoes in the water and observe. Tickets for the event are $10 and can be purchased online at sdlca.ca, or in-person on the day at what Rodgers is calling a floating box office.

Rodgers said the event has gained quite a following in recent years.

“People look forward to this every year now. It’s become one of the mainstay staples for not only the Salerno Lake community, but people all across Haliburton County,” Rodgers said. “It’s almost like a natural amphitheatre… I hear from people that they might not go to another concert the whole year, but they’ll come to this one because it’s tradition. I guess we’ve made it into that.”

To access the lake, there’s a public boat launch on Salerno Lake Road. Parking is available along the road, Rodgers said. The concert site is approximately two kilometres from the boat launch.

School board awaits guidance for fall