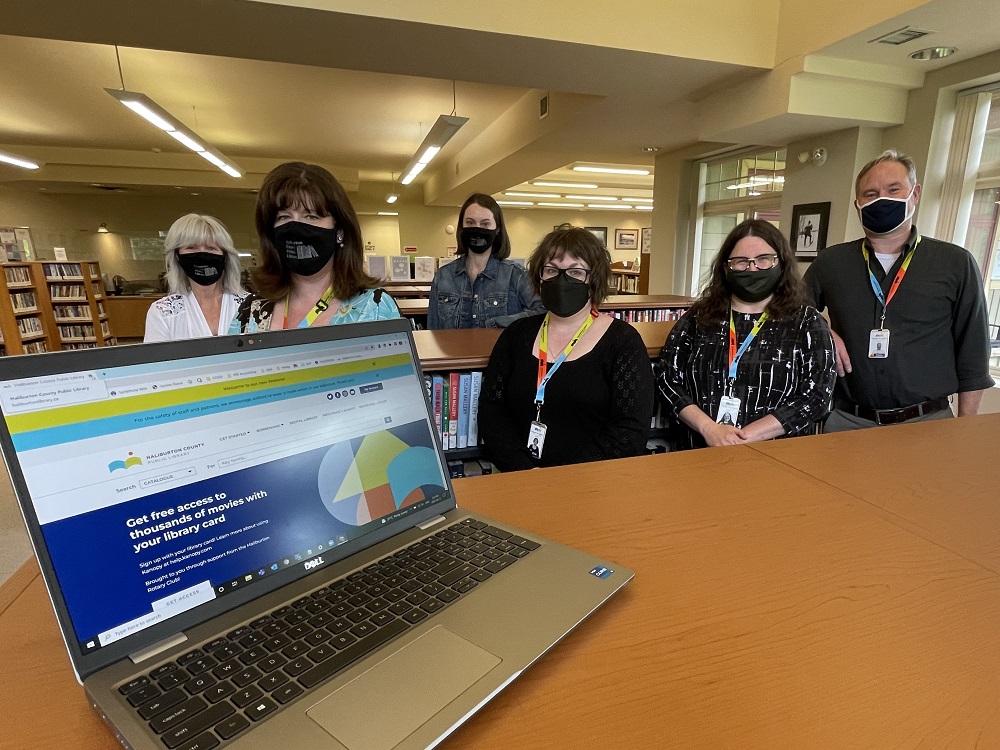 The Haliburton County Public Library has a new look.

The service rolled out a new logo and branding in late May and officially launched a new website June 13.

The former stack of books logo has given way to a two-colour silhouette of a book lying open, with colours evoking the Highlands’ rolling hills and a sun hovering above it.

HCPL staff partnered with an agency tasked with developing the branding. They gave feedback, and helped the designers land on the nature-inspired look.

The logo and new colours and fonts are all over the library’s new website. Branch services librarian Erin Kernohan-Berning said the library is, “very happy with it… the things we really wanted are all there.”

The site, rebuilt from the ground up, includes accessibility features such as responsive text sizes, as well as a host of new services such as customizable calendars showcasing library events and programs all in one space.

On the homepage, a scrolling bar of the library’s newest books is updated constantly, as well as a bar of information on the top of the screen.

“Given how much we outgrew the old site, just about everything was needed to change,” Kernohan-Berning said. The HCPL’s former website was more than 12 years old.

“It’s important to change with the times, for accessible reasons, for example, but also so that people see fresh change and get re-excited about the library.”

That includes the services’ new video streaming program, Canopy, and access to digital literary services such as audiobooks.

However, researching physical books are still the biggest website attraction, according to Kernohan-Berning’s monitoring of site analytics. The site includes revamped ways to view new arrivals and more.

“People still love the libraries for books, books are still our bread and butter,” she said.

Soon all HCPL branches will have unified text and colours on their signs, a move Stephenson said is likely to draw in community members who may be curious about the system.

“You may have people who say ‘oh, I just drove past that other small town, Wilberforce, and I saw that same logo, what’s going on?’ A lot of people think of the libraries as independent, but we’re actually part of a cohesive system.”

He encouraged patrons to check out the site and get familiar with the new interface.

“All the elements are there. It’s a bit like re-arranging the furniture in your house. People are going to be a bit frustrated at first with change… but once they do that, I think they’re going to be surprised.”