“We appreciate the hard work of our staff team to connect and coordinate with Bell to resolve these issues,” said Carolyn Plummer, President & CEO of HHHS. “We are thankful that the issue is resolved.”

A Bell Canada spokesperson said the outages were caused by an issue with Iristel, a company used by Bell Canada to service internet-based phone connection software such as landline messaging systems.

An Iristel spokesperson said the company had temporary issues with their network in the County and “asked Bell to mitigate the potential issue for their customers by routing the traffic to one of our other interconnect points with them but they refused thus impacting clients. We didn’t have this issue with anyone else other than [Bell] customers.” 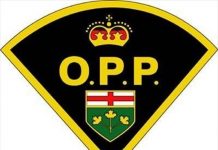