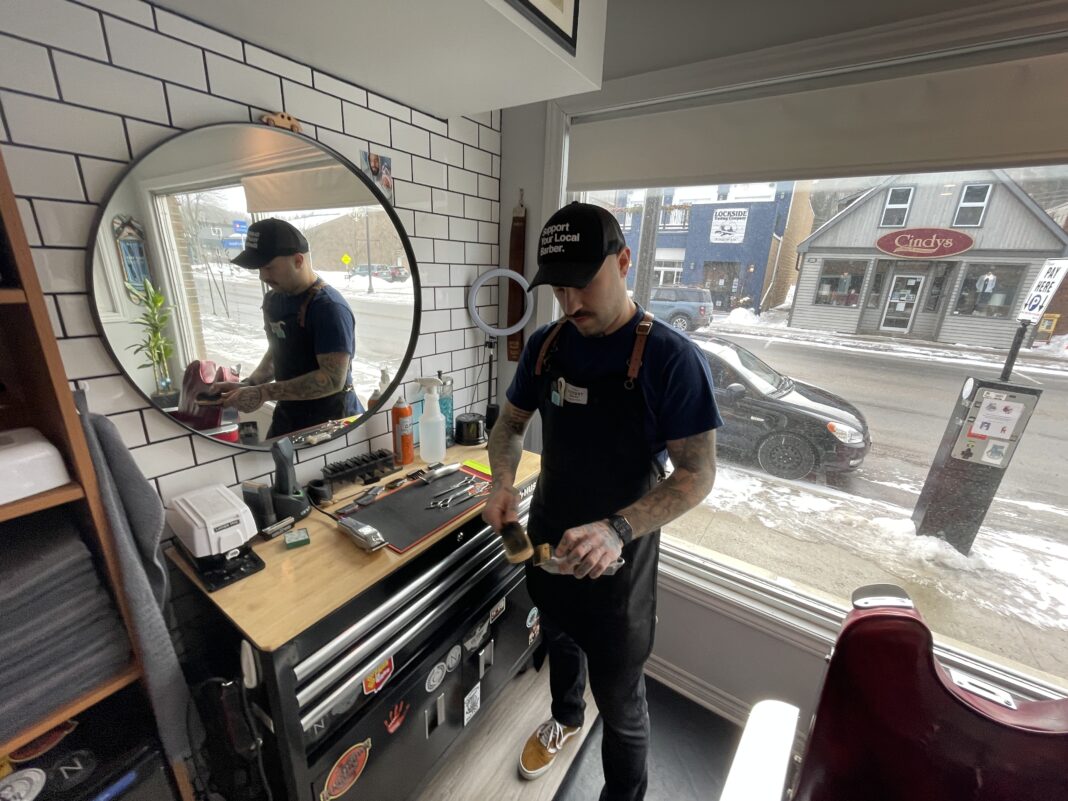 Nick Folco is one of approximately 2,500 new Highlanders over the past five years, according to the recently-released 2021 census.

There’s no doubt the pandemic of the last two years has led to a noticeable flow of new residents to the area.

Growing up in Burlington and later moving to Peterborough, Folco said it had always been a dream of his to move to the County.

While the timing never seemed right, in September 2020, with life changing on a daily basis, Folco took the plunge. He and wife, Kirstley, had an offer on a home in downtown Minden accepted.

Almost 18 months on, the couple are loving life as full-time Highlanders.

“It’s just the pace of life and the qualityof life. I find when you’re in the city, you can kind of get lost in the motions.

A lot of bigger places have this sort of rat race mentality, and I didn’t want my girls growing up in a place like that. I want them to grow up around nature, and lakes and all the beauty that this place has to offer,” Folco said.

“Even my drive in to work. I opened The Noble Barber in Haliburton village, and while it’s technically a highway, driving in on [County Road 21], you wouldn’t know it. There’s lakes and forests everywhere you look. It’s just beautiful,” he said.

Olya Ianovskaia is another to have traded the hustle and bustle of the big city for peace and tranquility in the Highlands. She moved on to a property just outside

of Minden in July 2020 after several years in the GTA. Reflecting on the move, she said her only regret is that she waited so long to do it.

“I should have moved sooner. The primary thing I wanted was more space, more nature for my daughter and less concrete. It’s been a wonderful decision. The people up here are super friendly, and our neighbours have been extremely helpful,” Ianovskaia said.

She’s been able to maintain her job working for an international tech company, and said she can see herself remaining in the Highlands for the rest of her life.

Haliburton County CAO Mike Rutter wasn’t surprised to learn the Highlands’ population had increased 13.9 per cent since 2016; in fact, the only thing that shocked him is the number isn’t higher.

“Pretty well every indicator we keep has told us that this increase was coming. I mean, it’s here already. We’ve seen it in the number of ambulance calls we’ve received, land severance applications. We’re seeing record numbers across the board,” Rutter said. “I actually thought the final number would be higher.”

Dysart mayor Andrea Roberts said the increase could have been spotted a mile away.

She suggested the “actual” rise could be higher, given that many seasonal residents who frequent the Highlands several months of the year likely don’t list their cottage as a primary residence.

“I just don’t see how that’s possible. When you look across the whole County, each municipality is reporting record numbers in construction values, permits being issued. We know more dwellings have been built in Dysart,” Roberts said. “Just looking at new builds such as the Gardens [of Haliburton] and the condos on Wallings Way. That’s around 100 units right there that weren’t here in 2016.”

How to pay for it?

the increased service costs brought on by having more people residing in the area full-time.

“Growth in Haliburton looks very different than growth in other communities. In Toronto, when they grow, you see new office buildings, and new condo towers. Here, it’s often a transition of a building from seasonal use to permanent use. That doesn’t come with any increase in taxation, but it certainly comes with increased service demand,” Rutter said.

“So, we have more people using our roads, recreation services, emergency services. Our costs are going up, but our revenues aren’t.”

Elected officials are considering the possibility of implementing development charges on new builds as a way of bringing much-needed funds through the door.

A report came to County council Feb. 23 highlighting the potential benefits, and a consultant may be brought in to help direct a policy. The lower-tier townships must first sign off on it.

Rutter admitted there’s a fear among some locals that Haliburton County is positioning itself, deliberately or not, to be “the next Muskoka”.

While he doesn’t hate the comparison, he feels the community is growing whether people like it or not and that instead of trying to become “the next somewhere”, local leaders should be focusing on becoming “the first Haliburton County”.

“I grew up in the Highlands. When I was growing up, we would have loved to have the types of challenges we’re seeing today. We wanted people to come here. We knew Haliburton County was a gem, but we needed to find a way to get others to come and experience it,” Rutter said. “Now we’re there, I think we need to focus on improving our service levels, filling the gaps and making Haliburton County the best community it can be.

“I think it’s inevitable that our community will change. It’s our job to make sure the change is facilitated in a productive, appropriate way that makes for a good experience for both existing residents, and our newcomers,” Rutter said.

We acknowledge the financial support of the Government of Canada
Contact us: News@TheHighlander.ca
FOLLOW US
© Copyright The Highlander 2020