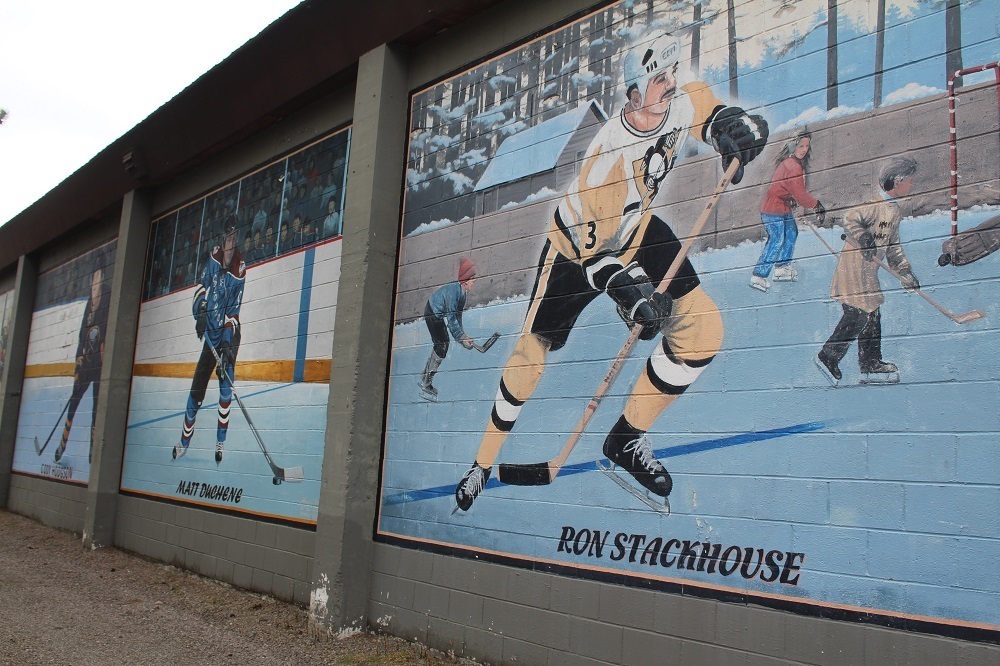 The siblings, who grew up in the area and excelled in sports at Haliburton Highlands Secondary School before going on to make a name for themselves professionally, will be recognized after a group of Grade 7/8 students at J.D. Hodgson Elementary School lobbied for their inclusion to the mural wall.

Last spring, the students, flanked by teacher Marina Thomazo, approached Dysart council to ask why the pair of Black athletes hadn’t been acknowledged in the same way as hockey stars Bernie Nicholls, Ron Stackhouse, Cody Hodgson and Matt Duchene, and footballer Mike Bradley, who all have images emblazoned on the side of A.J. LaRue Arena.

Tashlin represented Canada at the 1996 Summer Olympics, participating in the women’s 4×100 metre relay, while Williams played two seasons in the CFL during the mid 1990s.

“It just goes to show the power of children,” said Jim Blake, chair of Dysart’s cultural resources committee and one of the figureheads behind the mural movement.

The murals will be installed in June, Blake said. Montreal-based artist Annie Hamel has been commissioned to complete the works. She visited Haliburton in early December, and has met with Tashlin and Williams virtually to find inspiration for the pieces.

The athletes will play a pivotal role in the process, Blake said, with Hamel set to complete three concepts that the pair will choose from.

“Annie’s work is absolutely extraordinary. She was one of two artists we were considering for the project, and it was Lesley and Taly that made the final choice,” Blake said. “All artists that applied had to create a concept, and Annie’s work really exemplified what they were looking for.”

The trio will meet again virtually over the coming weeks to narrow down a final version of the murals. Hamel will need several months to complete the finished works, which will measure 12 foot high and 18.5 foot wide and be done on aluminum panels. The pieces will then be transported to Haliburton and placed on frames on the side of the arena.

Blake said it was important that the murals be mobile in the event that they need to be moved.

All in, the project is expected to cost $35,000 and will be fully funded through donations. Blake said around 90 people had contributed, most of them local.

An unveiling ceremony is being planned, with Blake aiming to have it take place the same weekend as the grand opening of the new Haliburton Sports Hall of Fame. He hopes to have Williams and Tashlin in attendance.

Thomazo, and many of her students, will be there too.

“This has demonstrated what young people are capable of doing when they want to push for actions and changes that reflect the world they live in,” Thomazo said. “I look up to this young generation. Their voices make sense and they matter. This journey has taken us on a much grander path than we anticipated … now these beautiful murals are only a few months away from being unveiled.

“This heartwarming, feel-good journey has made us all question ourselves on what our present and future world should look like … I couldn’t be any prouder of my students,” Thomazo added.

No rust buckets if you get your vehicle sprayed