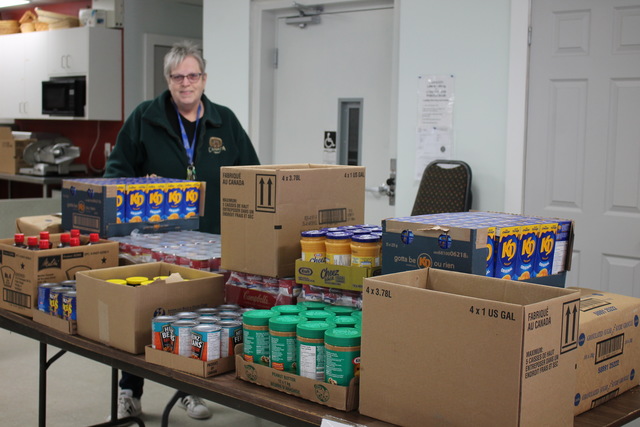 Our editorial schedule was peppered with community food drives, toy collections, gift-giving and countless other events hosted and attended by people who want to help. At the 4Cs food bank, one donor even spent more than $900 on food donations.

Those donations helped feed Highlanders. But it’s unlikely donations made during the Christmas season will keep bellies full for long. A study by three Canadian universities estimates food costs will rise a further five to seven per cent in 2022, and inflation is surging to levels not seen for nearly 20 years.

Dr. Valerie Tarasuk, who has spent decades researching food insecurity, argues that the federal and provincial governments miss the mark if they think food banks are a solution for food insecurity and food drives an effective method to end it.

Jamie Schmale, Laurie Scott or Justin Trudeau (and nearly every elected official) advocate for food drives, food banks and the volunteers who staff them. We applaud Scott’s support of the hardworking volunteers, Schmale’s questions in parliament and his research into the rising cost of living.

However, Tarasuk, and other research groups and food bank workers say one cause is clear: people in Ontario aren’t making enough money.

Schmale’s Conservative Party has been a staunch opponent of basic income initiatives, which Tarasuk said could be a valuable step in the right direction; Scott’s provincial party has approved a minimum wage that sits nearly $5 below what’s needed to support a family of four in the County.

When people with full-time jobs (as over 60 per cent of Ontario’s food bank clients have) cannot afford to feed themselves, or those living with disabilities must choose between rent or dinner, our politicians need to recognize their food drives, grants, and congratulatory social media posts seem like slapping a Band-aid on an injury that requires emergency surgery.

To say Haliburton County is facing difficulties now seems like an understatement.

We are a spread-out community, with a minuscule rental stock, sky-high energy prices, and an aging population that will soon rely on services provided by a younger demographic who may struggle to afford to live here.

It’s our job as a community newspaper to unpack that big ball of challenges and make it understandable. To do that, we need your stories.

While I understand the difficulty in discussing these hard topics, we need the voices of those directly impacted.

You see, the hard part of this argument is convincing the powers to be that the ‘hidden’ homeless, hungry and poor truly exist in the Highlands.

We urge you to share your experiences, to help us change the narrative about the issues of homelessness, hunger and poverty in the County

Not lame ducks yet

A community of giving