Home Arts Artist supports Canadian women for a cause 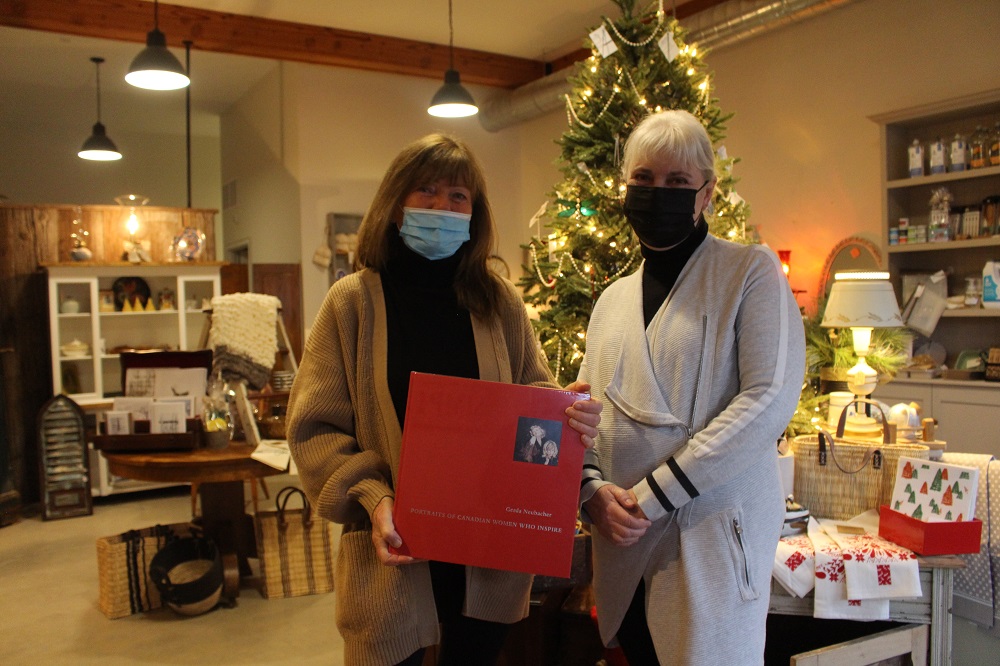 Much of owner Deborah Lyons’ inventory comes from local makers. However, one book on display in the weeks leading up to Christmas has a local and nationwide connection.

Haliburton-based artist Gerda Neubacher is selling copies of Portraits of Canadian Women Who Inspire with 100 per cent of the profits going to SIRCH Community Services.

It’s a series of portraits accompanied by interviews with some of Canada’s most influential women: Neubacher painted Kim Campbell in her pyjamas, chatted about family life with celebrated TV Anchor Farrah Nasser, and remains friends with many depicted in the book’s glossy pages.

Neubacher’s portraits of each woman reflect parts of their personalities, past or future aspirations. It was a project which took years. Neubacher writes in the introduction that it was one of her most challenging and rewarding life experiences.

Neubacher added: “This book has a long shelf life. It’s as new now as it was 10 years ago.”

She said it felt right to contribute the proceeds of each sale to SIRCH. “I was so in awe with the idea of educating and training people there,” Neubacher said.

Lyons pointed out one woman is from Haliburton: Marion Sedgewick. Sedgwick was a nurse, missionary and United Church of Canada minister from Haliburton. Lyons said she values how the book uplifts women’s experiences and accomplishments.

“Those women need to be celebrated,” Lyons said.

Lyons said business has been brisk at the shop’s new location so far. “It’s so difficult for people to travel, at times, from Eagle Lake, or Redstone to Minden,” she said.

“People are really happy to repurpose products, give new life to products: they’re tired of the Amazons. They want to support local,” she said.

On the trail of an 80-year-old cold case

Showcasing one of the greats