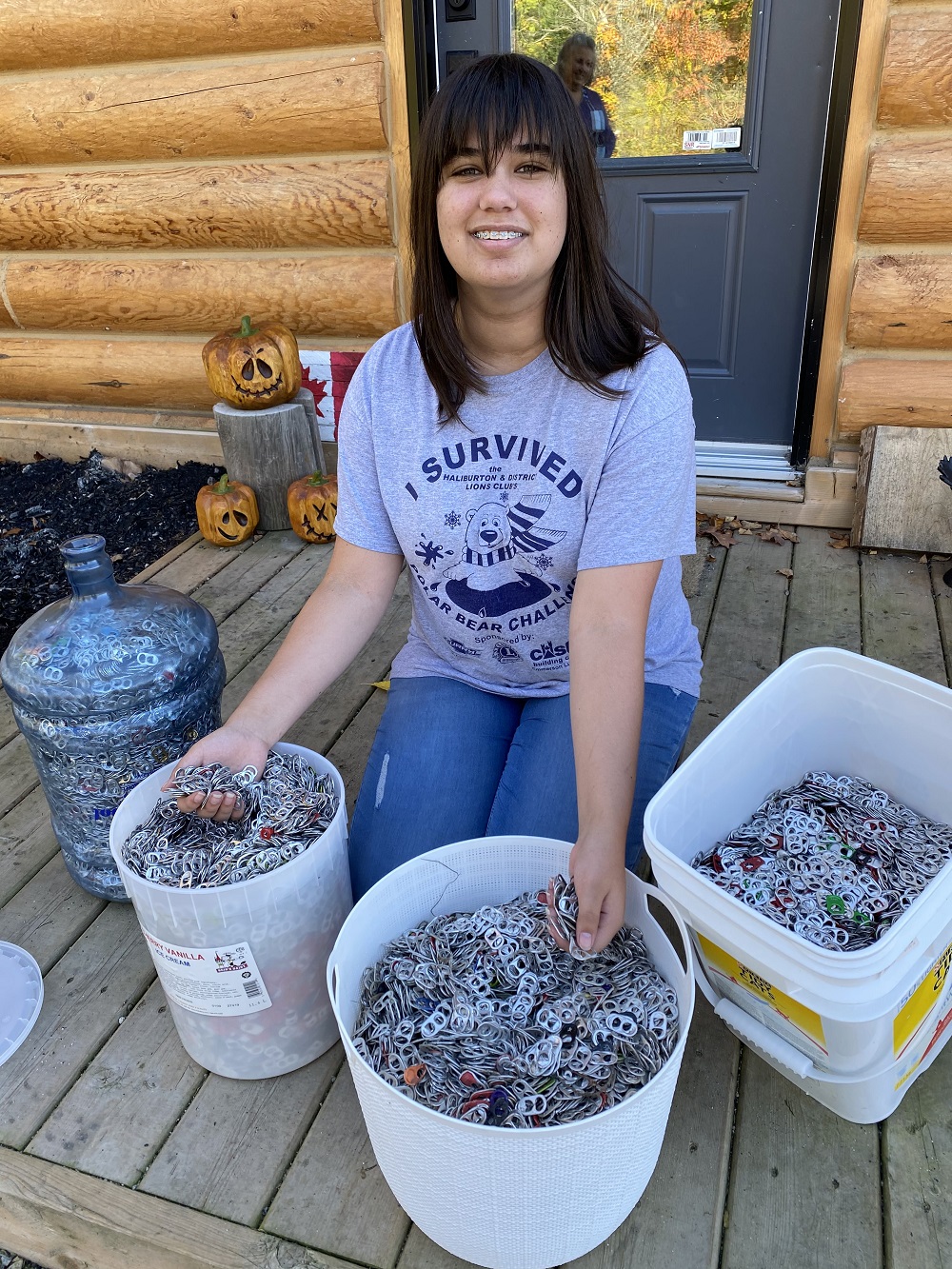 Haliburton teen Kendra Korpela is working towards a goal of purchasing a wheelchair for someone in the community one pop tab at a time.

What started out as something of a hobby for the Grade 8 student has, in recent weeks, manifested into a full-fledged community movement.

The inspiration for that, Kendra said, came from her great grandmother, who was wheelchair bound.

Over the past five years, Kendra estimates she has collected around 400,000 pop tabs. Her goal, initially, was to have enough to purchase a wheelchair by the end of her Grade 8 year. With that time quickly approaching – and Kendra some way shy of the approximately one million pop tabs it would take to achieve her goal – Jennifer threw out something of a ‘Hail Mary’ to the community in the hopes of pushing her daughter over the line.

She created a post in a community group on Facebook that drew considerable attention. In the weeks since that post went live, the Korpelas have received thousands of pop tabs from area residents.

“The support we’ve received has been amazing. People have been dropping off pop tabs at Haliburton United Church, and we’ve received big donations too – a lady from Norland brought an old ice cream bucket full of them,” Jennifer said.

Another substantial donation was set to arrive from Hamilton last week, only for the deliverer to be involved in a car collision en route. Jennifer said she is in the process of figuring out how to get those pop tabs to Haliburton.

When the Korpelas feel they have enough pop tabs, they plan to take them to an aluminum depository in Barrie, and then donate the funds to a local organization that can in turn purchase a wheelchair, either for someone in need, or for use at an area facility.

“We’re very proud of Kendra. She’s a good girl. She has always been someone who had a lot of compassion and a lot of empathy,” Jennifer said. “To even think of doing something like this when she was in Grade 4 or Grade 5… we’re just very proud.”