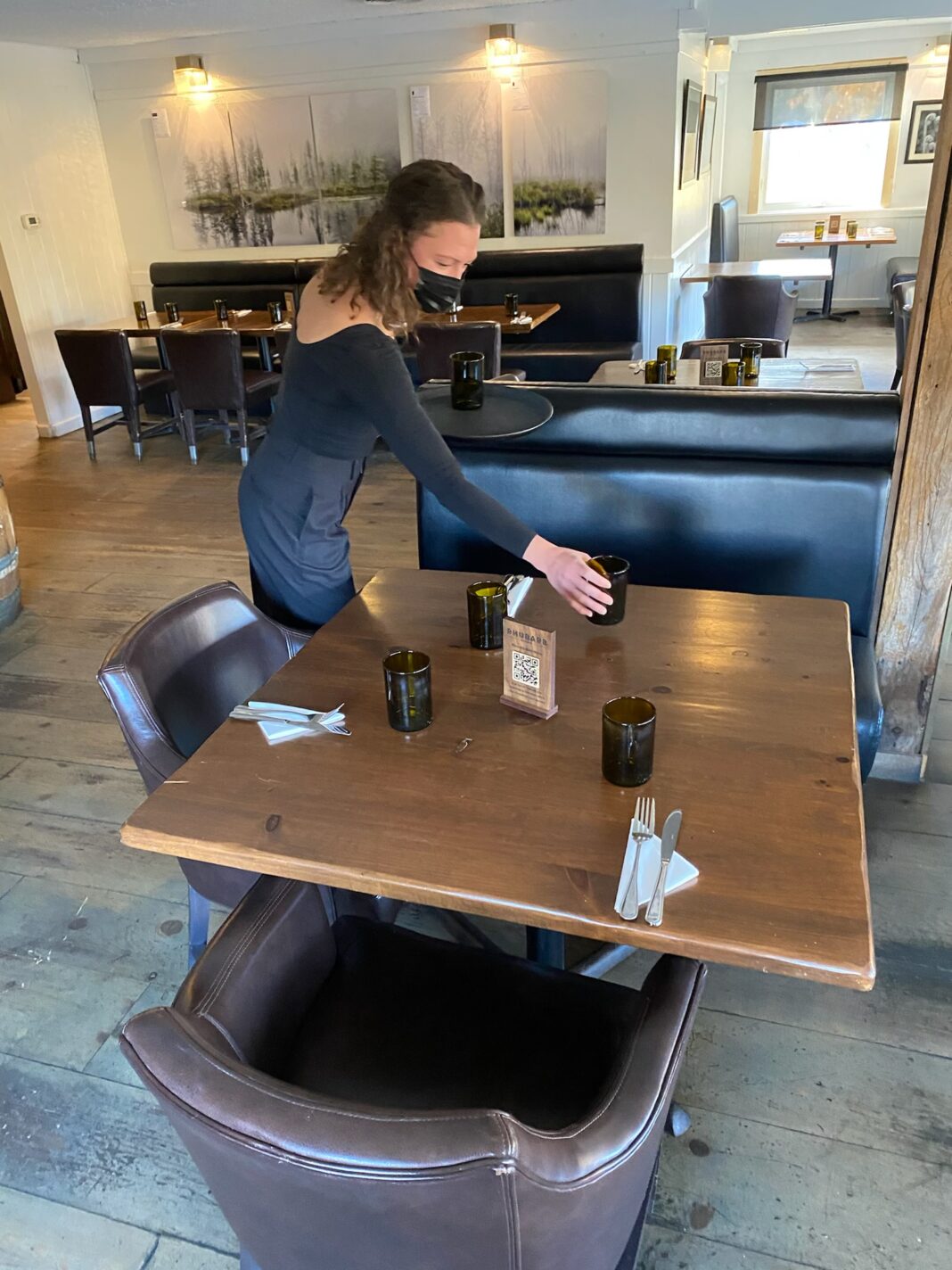 The move comes just two weeks after similar restrictions were lifted at athletic venues, cinemas and theatres across the province. Terri Matthews-Carl, owner of Rhubarb Restaurant in Carnarvon, said she was “thrilled” to be allowed to open back up at full capacity. “We’ve already put our tables back in, which gives us an additional 50 per cent capacity compared to what we’ve been able to have inside over the past year.

For us, this makes a huge difference,” MatthewsCarl said. “It’s definitely long overdue, but we’re just thrilled that the decision has been made.” With no capacity limits in place, MatthewsCarl estimates she’ll be able to have up to 25 additional customers inside the restaurant.

That’s particularly important, she said, given the changing of the seasons. “During the summer, the capacity limits weren’t such a big deal, because we were able to use our patio. We were able to add a lot of extra seating that way. But now that patio season is over, it really is going to be much more helpful to have the additional seating inside,” she said. While many restauranteurs were beside themselves early in October, after Ford said capacity limits would remain in place at provincial eateries even after lifting them at sporting arenas, Matthews-Carl said she appreciated the delay as it gave her and her staff time to adjust to the new vaccination requirements without having a full house.

“We really weren’t that angry. Throughout all of this, we’ve just wanted to make sure everybody was safe. And, honestly, with having to do the vaccination checks – opening up at full capacity and doing everything at the same time would have been a lot to handle. This way, everybody’s gotten used to checking for vaccines, and now we’re ready to go and be back operating at full capacity,” she said.

The best feeling, Matthews-Carl said, is knowing that she won’t be forced to disappoint people moving forward. “We’ve been turning away people every night, basically since the end of summer and we closed our patio,” she said. “Now we won’t have to do that anymore.” Venues such as barbershops and salons, museums, galleries and indoor areas of amusement parks have also had capacity limits lifted, providing they opt-in to the province’s proof of vaccination requirements.

During the announcement, health minister Christine Elliott informed the public that the province is currently planning for all remaining COVID-19-related public health and workplace safety measures to be lifted by March 2022.

Elliott said the province plans to begin a gradual lifting of vaccine certification requirements, chief medical officer of health directives and capacity limits in settings where proof of vaccination is not required. Other measures, like masking, will remain in place until March 28. “We know this is encouraging news for Ontarians who have sacrificed so much over the last 20 months,” Elliott said.

“Today is a milestone in our fight against COVID-19. We have a plan to safely manage this virus in the long-term and protect the health and well-being of Ontarians, while ensuring Ontario remains open and recovering.”