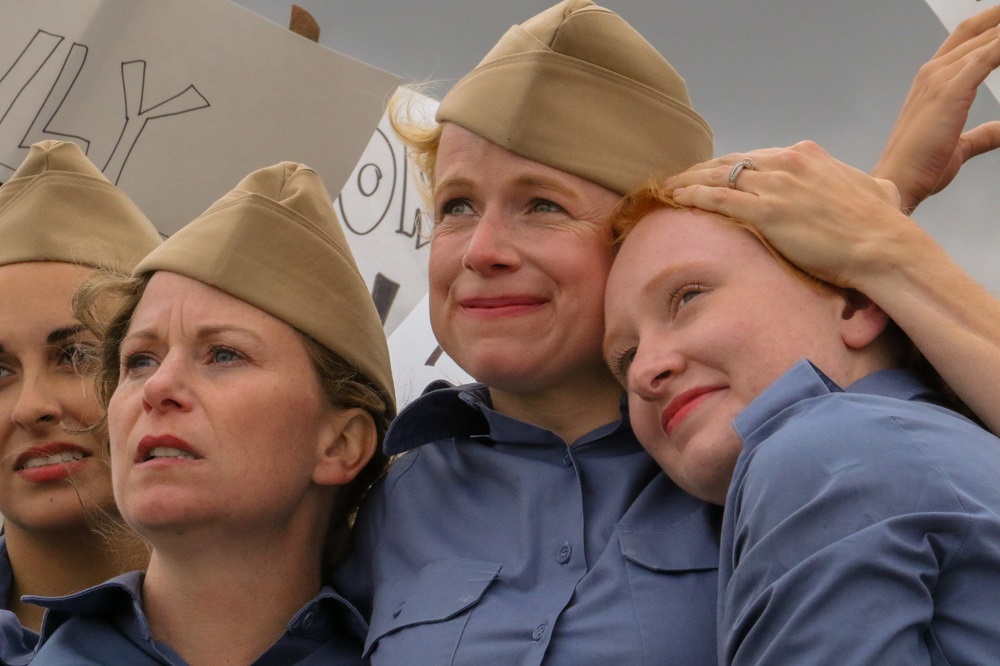 Haliburton native Kate Campbell’s short film, Boundless, made its Canadian debut at the Female Eye Film Festival in Toronto in March and continues to screen across the globe – scooping up 11 awards at 15 festivals

Campbell told The Highlander she and her team wish they could have attended some of the festivals in person, but have been unable to due to COVID 19 which was made most of them virtual.

The Haliburton Legion Branch 129 sponsored high school students and young adults from the community to help out the film set and the Haliburton County Development Corporation provided financial support.

It’s been quite a year so far for the filmmaker and her cast and crew.

The 10-minute short about Second World War female pilots had its international premiere in India in late 2020.

Campbell said, “I’m definitely enjoying the film festival tour so far. Very proud of our team. And it’s great to have such interest in the project from different corners of the world.”

Shopping the film to festivals was the first step in a much larger project to eventually produce a miniseries, Campbell told The Highlander in the fall. It’s been more than a decade of interviewing, travelling, writing and researching to get to this stage, she added.

Being from Haliburton, it was important for her to include the County in the production. Tammy Rea is one of the producers and Anabelle Craig, Joey Varga and Hannah Sadlier helped on set. The Haliburton County Folk Society and Nick Russell assisted with the soundtrack.

Campbell said she’s very excited to share the film and everyone’s hard work with the world, and ready for the next Boundless adventure.

The project was inspired by her grandmother, Betty Greply (nee Ward), who became a pilot to conquer her fear of heights in the 1950s at Buttonville Airport, flying with her husband. She was a member of the Ninety-Nines Flying Organization, which began in 1929, and for which Amelia Earhart was a president.

Dini Petty plays the older version of the lead character, Betty. The Canadian broadcast icon was the first woman in the world to pilot a helicopter while broadcasting over the radio at the age of 23.

“My grandmother and Dini flew out of Buttonville at the same time in the late 60s and early 70s,” Campbell, who is a student pilot and member of the Ninety-Nines, added.

Between 1942 and 1944, more than 1,000 female pilots flew a collective 60 million miles in service in a specialized training program to free the male pilots for battle. The program was based out of Sweetwater, Texas and was headed by famed aviatrix Jaquiline Cochran.

Campbell said, “As the war was ending, the women were abruptly disbanded, denied military status, shamed for taking the jobs of men returning from war, and were forced to pay their own way home.

“It’s a really important untold story that was not in our history books, so being able to share this education is significant.” Boundless continues to gain altitude

So far, the film has won:

Updates can be found on the Boundless Film Facebook page and on Instagram @boundlessfilm or @ A scene from Boundless. Photo by Hannah katecampbellfilmmaker