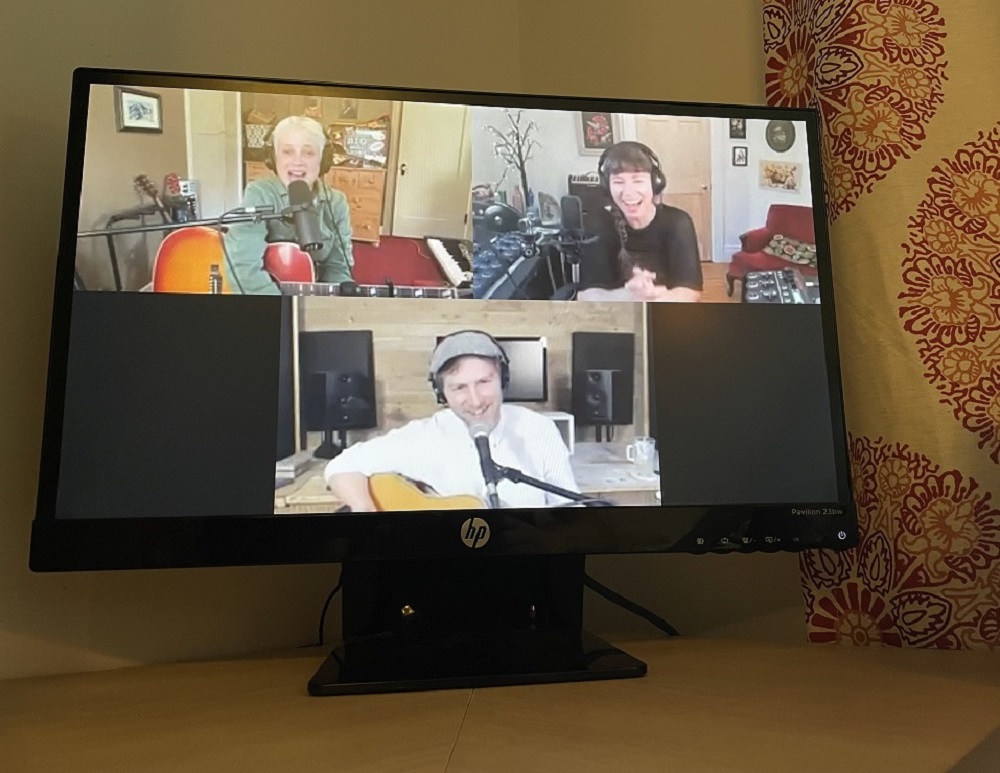 “Because music doesn’t happen as often as it should these days, I thought I’d start off with something fun,” Halifax-based musician Ian Sherwood said as he began his performance June 5.

Sherwood strummed, sang and chatted with Coco Love Alcorn and Helen Austin in the Folk Society’s “Music from Coast to Coast” Zoom concert.

Concert organizer Don Gage said he and the society were pleased with how the show went.

“It was fantastic,” Gage said. “We’ve experimented with using local artists and doing Zoom shows over the last year – this is the first time we’ve done a ticketed event.”

Organizing a concert reliant on fast internet is no easy feat in the Highlands: high-speed internet is only available in select locations.

Gage, who had an appointment in London, was able to host the show remotely.

So far, the society has been spreading out around the County to prep and produce live shows.

“You have to have good internet for live music,” Gage said.

All three musicians sung songs from their own libraries, also leading singalongs such as Coco Love Alcorn’s song, “This world is for everyone.”

The singer conducted viewers as they sang on their own Zoom screens.

Eighty people chimed in from across the County and beyond – typing messages to each other while the stream took place.

“There was some back and forth between the audience and the performer too,” Gage said.

He said the feedback from viewers was “unbelievably positive.”

Afterwards, many left excited comments on the group’s Facebook page.

The Folk Society tried out a couple of live shows before this cross-Canada event.

To work around internet speed issues, volunteers usually set up in three locations: The Dominion Hotel in Minden, Haliburton Village’s Rails End Gallery and the HCDC office in Haliburton Village. From their, they can help musicians produce their live streamed shows.

For Music from Coast to Coast, however, each musician was in their own home studios.

While Gage said everyone in the society hopes they can move to in-person shows soon, their positive experience producing the weekend’s concert means that a virtual music option for live concerts is likely here to stay.

“As we gradually move out of COVID, many people are still going to be reluctant to go to live shows,” Gage said.

Harp on the Water: instalment one – The Faceless Lady