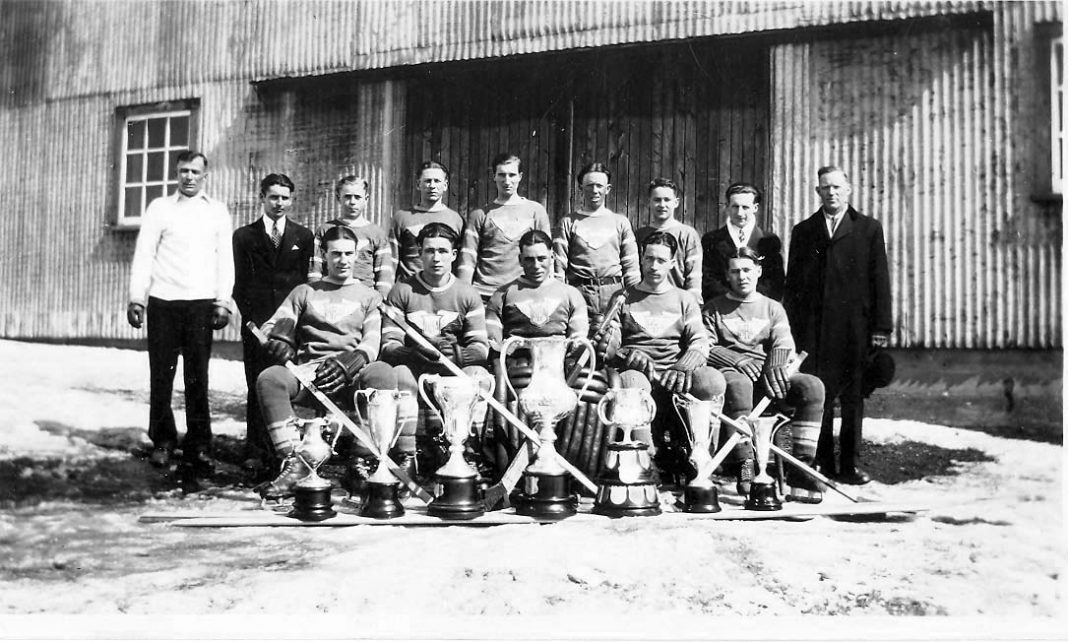 The Haliburton Highlands Sports Hall of Fame has announced its first inductees.

Eleven athletes, three builders and three teams will be celebrated in an exhibit on the upper level of the A.J. LaRue Arena.

Those honoured in the “builders” category – supporting sporting culture in the area – include Linda J. Brandon, Albert John (Ab) LaRue and Lenny Salvatori.

Famed Hockey teams throughout history also get a nod: the 1934 Haliburton Huskies, 1956-58 Minden Monarchs and the 1971 Haliburton Junior D Huskies will be recognized for their accomplishments on the ice.

“This is a group of people and teams that truly reflect the depth and the breadth of athletics in the Highlands,” said Scotty LaRue, chair of the Hall of Fame board. “We have 11 athletes, three builders and three teams whose excellence and commitment deserves to be celebrated and that is exactly what we are doing today.”

LaRue and the rest of the Hall of Fame board will host an induction ceremony on October 23.

“These individuals have contributed so much to their sports and to their communities and we want to ensure these contributions are never forgotten,” said LaRue in a press release.

The Hall of Fame is part of the Haliburton County Community Co-operative, and raised funds for the exhibitions display cabinets, website, and promotional materials with help from community donations.

The Highlander will be profiling each athlete, builder and team in upcoming issues.