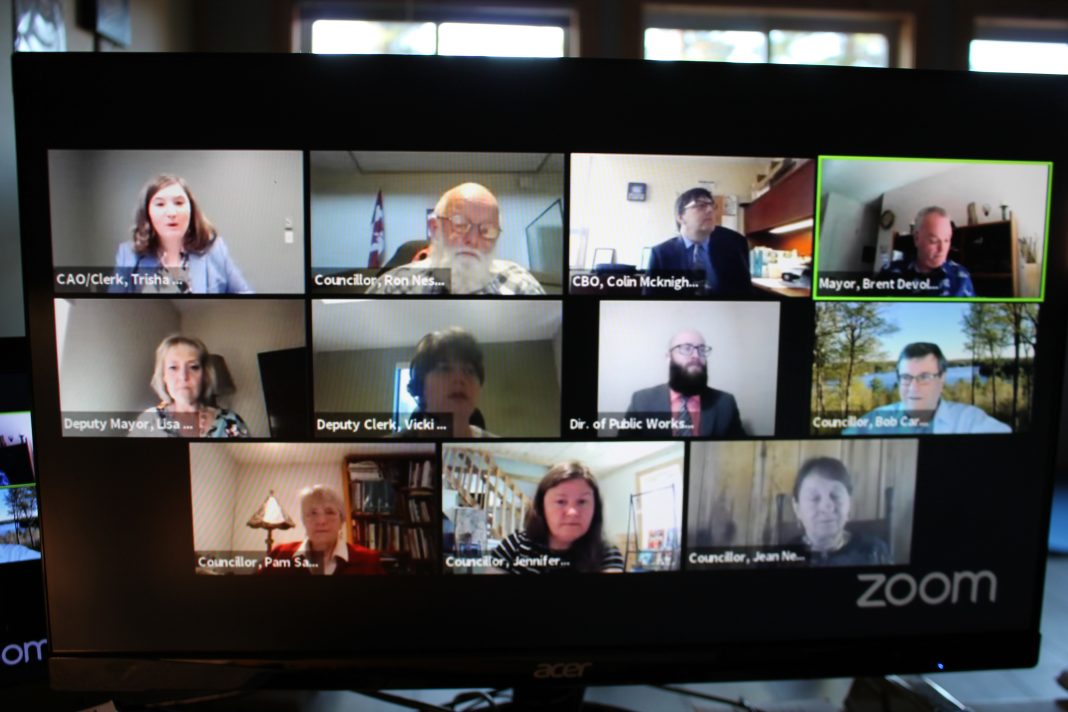 Minden Hills council approved a series of new and revised fees, and some housekeeping changes, at its May 13 meeting.

Deputy clerk Vicki Bull said it was a start with more to come in future.

She said the alterations affected the fire, community services, and environmental departments.

“Community services will be one of those departments coming forward with proposed changes … as the newly-developed [recreation] complex will require user fees for the fitness centre-gymnasium and various rentals,” she said.

No members of the general public spoke out about the changes during a public meeting.

Fire chief Nelson Johnson said he wanted his department to be able to charge Ministry of Transportation fees for anytime a fire truck has to go out and deal with unsafe buildings or conditions such as clandestine labs. He was referring to things such as illegal drug operations.

He said while rare, “I also don’t think that it would be appropriate for using tax dollars to sit on scene for something that people should not be doing. This fee is just asking that we able to charge for that … recuperate our costs for sitting on scene for these types of incidents.

Director of public works, Travis Wilson, had a number of cost recovery items for the landfill that were already discussed at budget.

“Any increase in costs or new costs is just to ensure either full or partial cost recovery,” he said.

Deputy mayor Lisa Schell asked for clarification on the numbers of household clear plastic bags to be allowed. Wilson said it remained up to three bags a week, with a $2 charge for any bags above the limit.

Coun. Pam Sayne also asked about shrink wrap for boats, and Wilson said the landfills are no longer accepting that item.

Based on an information packet from WSP Canada, which is handling the file for Minden Hills, McKibbin said residents would pay $220 and if using a third-party inspector, $150. The program is expected to be launched in June. The revised price factors the HST being removed.

“Currently correspondence, reports and agreements are viewed twice by council, once at the COTW meeting and then again at council,” she noted.

The full changes can be seen on the council agenda for May 13.