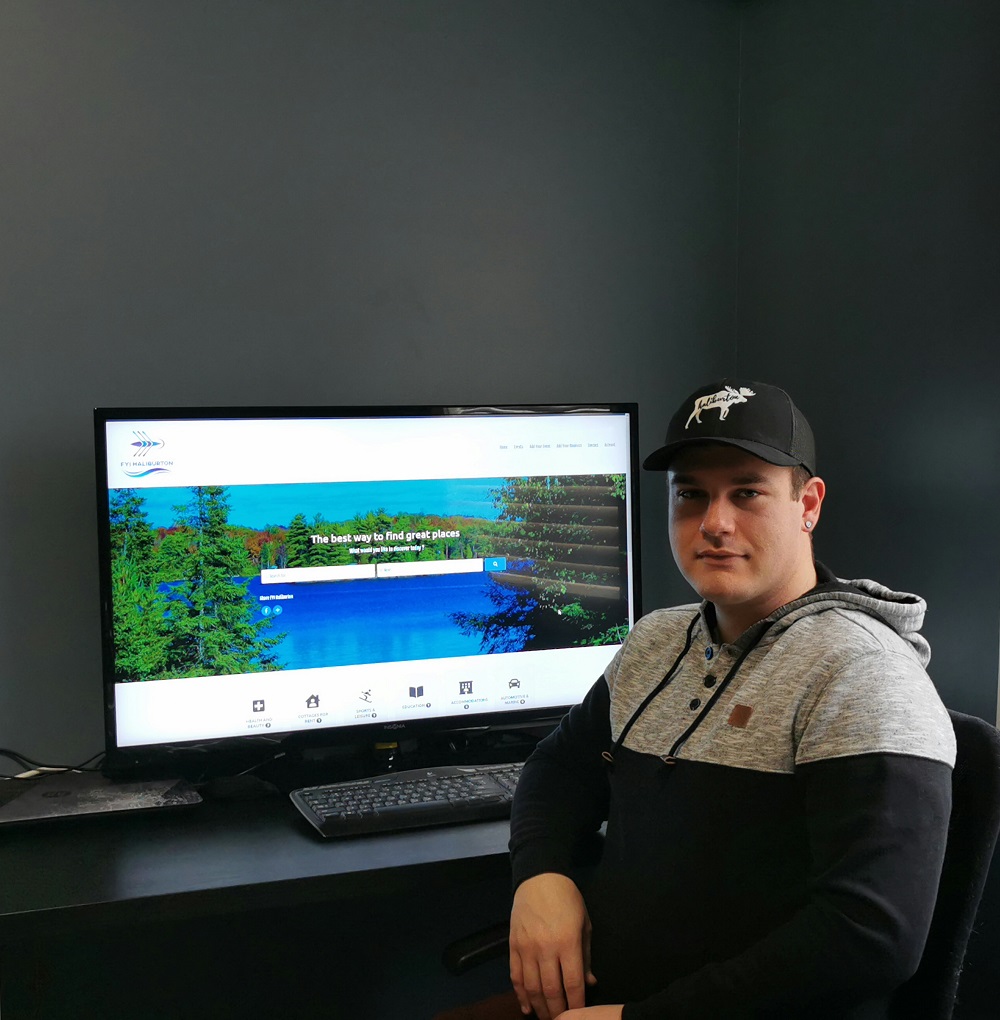 Tristan Rose has been a Haliburton County cottager for years and says he’s found a way to give back during COVID – by relaunching FYI Haliburton.

Rose’s family has owned a cottage on Stormy Lake since 1986 and he’s spent his summers growing up by the lake and enjoying the local community, restaurants, events and other businesses.

He said he also spends time in the winters enjoying snowmobiling and ice fishing so he’s spent a lot of time in the area.

“I spent a few years living in small town Ontario myself and I understand the importance of supporting local owners and workers in order to ensure the local economy thrives,” he said.

“There are so many amazing businesses and people who work for them that rely solely on being successful to put food on their tables, raise their children, and achieve their goals.”

He said while FYI Haliburton is not his only business interest, it is a project he has become heavily involved in after purchasing the site and he’d like to continue improving upon it for the foreseeable future.

The new website was launched on April 11 after about two months of hard work, Rose said.

“The old site was outdated and was not even mobile friendly but had approximately 400 businesses. So far, he said he’s received very positive feedback from people who knew the old site as well as new businesses looking for exposure.

“The website was built to be simple to find information and most importantly be an affordable advertising platform. People have been saying that they are happy to see an affordable option, that supports local businesses especially in these difficult times.”

Rose said COVID has hit small businesses hard as many have been forced to either shut their doors or rely on curbside pickup options. However, there are many businesses that are still able to operate but with limited capacities.

“The goal of FYI Haliburton is to direct customers to businesses through online avenues to draw attention to them and increase revenue instead of just directing them to big box stores,” he said.

He added that FYI Haliburton has a history of advertising for local businesses and has the highest ranking on a Google search.

“What this means is the highest possible exposure for those businesses who have signed up.”

On a listing page with FYI, businesses have their own full page with interactive and customizable features such as a photo gallery, maps with directions, contact information, and a simple contact form that goes directly to them.

“All of the information is in one place making it easy for residents and tourists alike to shop local. Registration only takes minutes with the easy to fill out form and built-in secure checkout system,” he said.