Home Arts Radio Playhouse coming to a wireless near you 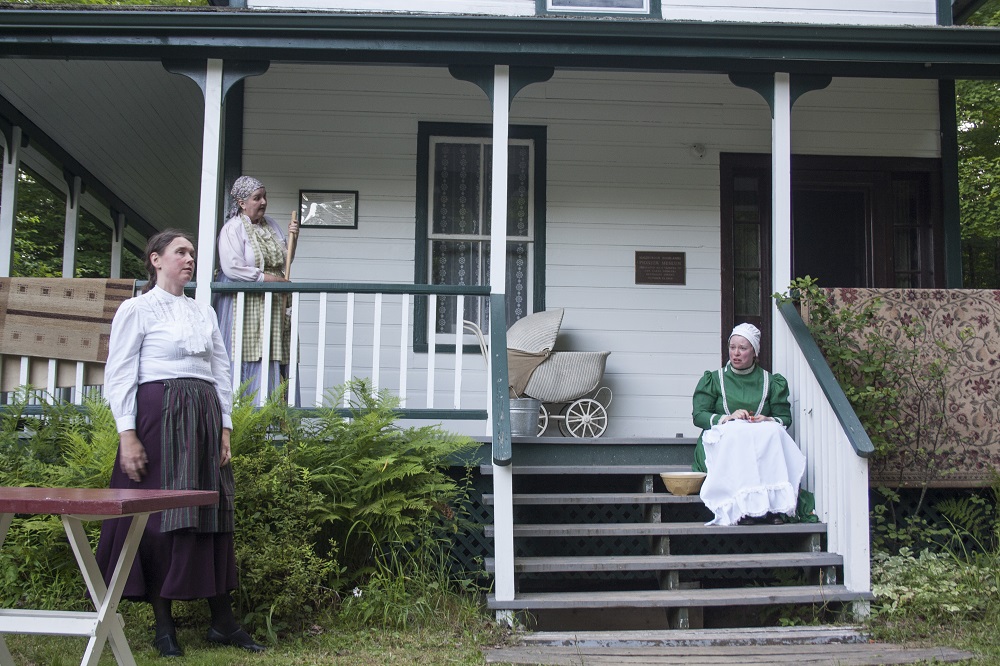 An upcoming Canoe FM show will not only allow theatre folks to get back in the saddle after a one-year intermission but provide a different kind of experience for listeners.

From there, the plan is to continue the first and third Wednesday of every month, even post-COVID.

Butler said listening to radio dramas used to be an important piece of entertainment in people’s daily lives.

“I think that in the last while, with everyone spending so much time on Zoom, and other similar programs, people are looking for a bit of a different kind of experience. Radio theatre really encourages you to slow down and be present with a story as it unfolds. No matter our age, human beings love to be told a story,” she said.

Meanwhile, Rita Jackson said as on-air hosts and community theatre performers, she and her husband, John, have been discussing radio theatre for a number of months.

At Christmas, they were involved in Charles Dickens reading of A Christmas Carol on Canoe and said they knew immediately it was a program to pursue.

“With unanimous support from the Canoe program committee, and enthusiastic support from the local theatre groups, Canoe FM recognized it would be an exciting fit in its diverse and expansive program schedule,” she said.

Jackson, who has been involved in singing and community theatre every year for 25-plus years, added “my heart and soul missed this outlet so much. When all the Haliburton Highlands theatre groups gave a rousing yes to this opportunity, I knew that they all felt the same. I can confidently speak for the whole Haliburton Highlands theatre community when I say it is very cool.”

Butler said the local troupes will be involved in one of the shows every month while Canoe has purchased radio plays for the second monthly offering.

The first two plays in the pilot are Quotation is a Suitable Substitute for Wit, which Butler wrote, and Too Much Doubt, which Michael Clipperton and Butler penned together.

She said Quotation is a Suitable Substitute for Wit was inspired by a story she came across even before she started working at the museum. It was an account of a woman who had vanished from Eagle Lake in 1892 while visiting her daughter and her daughter’s family.

“There was no evidence as to what had happened, so I decided to let her enjoy an adventure. To say much more would be to give too much away, so people will just have to tune in.”

Too Much Doubt was inspired by another mystery – this one with its roots in 1917, when Jack Laking, the son of the owner of the Laking Lumber Company disappeared along with the company payroll, on Drag Lake.

“It’s important for listeners to remember that these are plays and creative works inspired by historical events, especially since both mysteries remain unsolved to this day,” Butler said.

Butler said each theatre group has a slightly different mandate, so they’ll be presenting different types of pieces, “which will make the show really exciting, as there will be such a variety. After the shows air, they’ll also be archived on the Canoe website, so listeners will also be able to check them out at their leisure (or catch-up if they missed a show),” Butler said.

“Radio theatre is a totally different way of performing, because, of course, everything has to be communicated through sound alone. That’s meant the scripts have gone through an editing process to ensure that everything is as clear as possible in the absence of the visual.

“We needed to think carefully about cast size and structure to ensure that we could adhere to current COVID guidelines and keep everyone involved safe. The plays actually don’t feature narration. We’ve decided to let the characters speak for themselves but there will be sound effects, thanks to Ron Murphy, the wonderful head of production at Canoe.”

Butler added while the show was spurred into action by the current situation, it will continue long after the pandemic is over and live theatre is happening again.

“Because it’s a whole different way of connecting with audiences and sharing stories.”